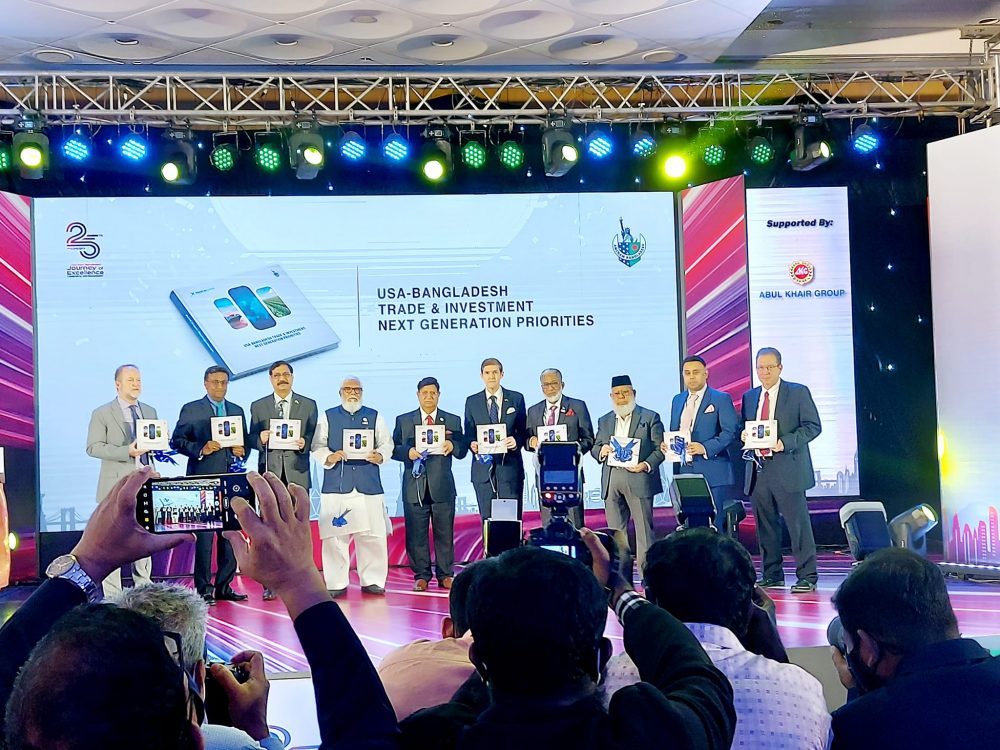 Foreign Minister Dr AK Abdul Momen, who was the chief guest at the programme, urged the American investors to take the advantage of the cheap but intelligent labour force of Bangladesh. He felt that the US companies can be competitive by shifting to Bangladesh. “Bangladesh is the right place to make money,” the minister said, assuring that protection of the foreign investment in Bangladesh will be guaranteed.

Salman F Rahman, private industry and investment adviser to the Prime Minister, said that inclusive growth is the core objective of the present government. US Ambassador in Dhaka Earl Miller told the meet that, during the last three years, US-Bangladesh trade ties became deeper despite pandemic and in the coming days Bangladesh will see more visits by US businesspeople.

In the anniversary , business leaders and policymakers  suggested showcasing Bangladesh’s business potential more vigorously to lure bigger volumes of foreign direct investment, needed most now as the country is bound for LDC graduation.

AmCham, Bangladesh is an accredited member of the U.S. Chamber of Commerce – the largest business federation in the United States, representing the interests of over 3 million U.S. companies which act as AmCham’s voice in Washington D.C. on trade & investment related policies.