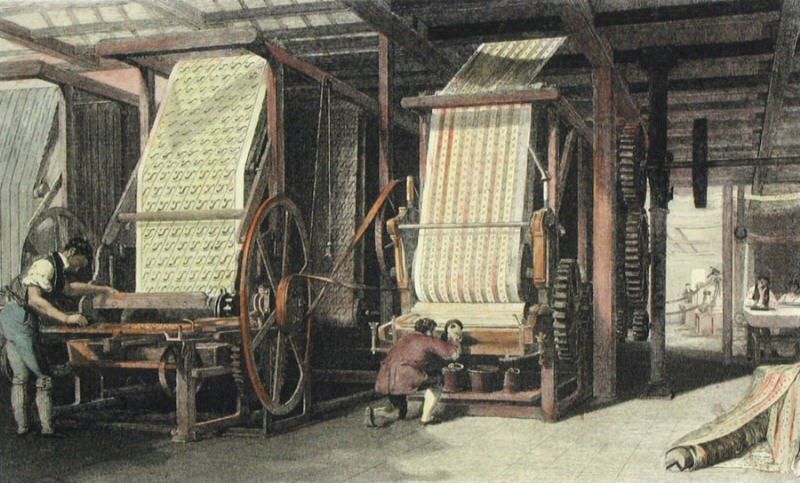 Textile printing is an old technique and is used in cloth from the fourth and fifth centuries BC. The first most widely used method for textile printing was in China, where samples of woodblock printing were found. Block printing, or relief printing, is a tainting method using some type of graven material; it is normally made of wood or copper in the past, though often rubber and even other materials have been used. The East India Company started exporting printed cotton to England at the beginning of the 17th century. Unable to produce the designs, the English also ordered such patterns to be printed and taken back to England easier than those in the conventional Indian style. Only in 1676, the first printing sites in England, near London, were founded by a French refugee.

A roller or cylinders technique was developed later in the 18th century. This means that the fabric is supplied along with a revolving central cylinder and pressed by the arrangement of a pair of rollers. Per roller is supplied by the feed rollers with a different hue, and some roller printers were able to print as many as six colors at a time and therefore much quicker than the block printing.

Today, we have optical textile printers that are able to inject ink directly into the cloth using computer-controlled lasers. This makes it very efficient and easily possible to print very accurate drawings. Splash by Lo provides a personalized textile printing service with instructions on the creation of an overall project tailored to your desires and preferences, which is 100% personalized.