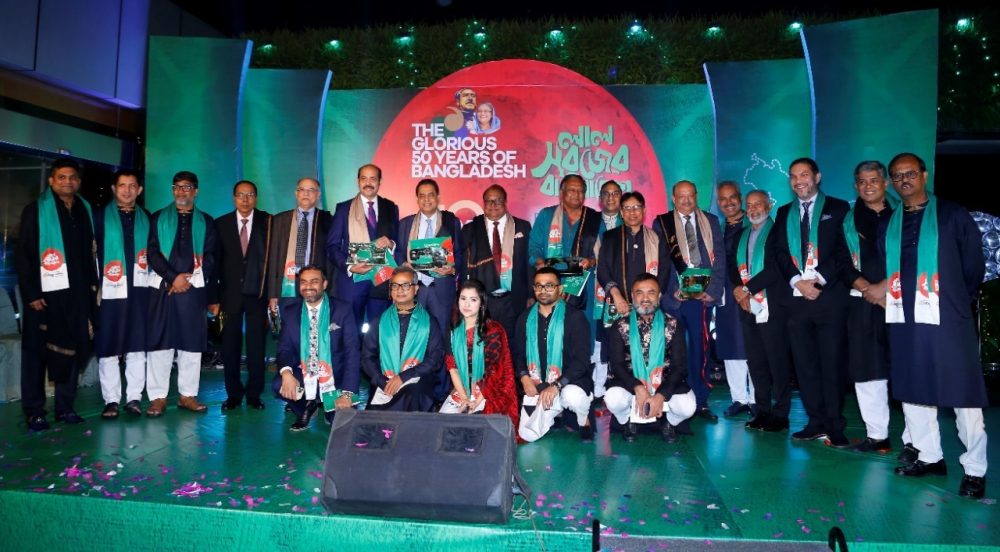 Unending is the delight and limitless is the pride for the people of Bangladesh as the country rises from a ‘basket case’ to a ‘development surprise’ in an eventful journey of 50 years.

To celebrate the glorious 50 years of Bangladesh, the Bangladesh Garment Manufacturers and Exporters Association (BGMEA) organized a colorful program in a hotel in Dhaka on December 28 with enthusiastic participation of different stakeholders including government minister, leaders of BGMEA, RMG entrepreneurs, economists, development partners, journalists and others.

BGMEA has published a special edition of its magazine The Apparel Story, commemorating the 50 years of Bangladesh and 40 years of BGMEA.

The BGMEA leaders paid tributes to Bangabandhu Sheikh Mujibur Rahman and those who made the supreme sacrifices in the Liberation War of 1971.

BGMEA accorded honor to the former presidents of BGMEA in recognition of their contributions to the development of garment industry in Bangladesh.

In their addresses to the event, the past presidents of BGMEA recalled sweet memories along with the challenges they had to address during their tenures to lead the RMG industry forward.

They mentioned how the industry has reached today’s position overcoming mountainous challenges like child labour elimination, MFA phase-out, 2013 building collapse and others.

The leaders of BGMEA and its members have always been united for the cause of the apparel industry and would remain so in the coming days, they further said.

BGMEA President Faruque Hassan said Bangladesh has transitioned from one of the poorest counties to one of the fastest growing economies in the world over the last 50 years.

“The country has emerged as a model of development in the world under the prudent and visionary leadership of Honorable Prime Minister of Bangladesh Sheikh Hasina.”

The RMG industry has made significant contributions to the socio-economic transformation of Bangladesh over the past few decades and would continue to play the pivotal role in realizing the vision of a more prosperous Bangladesh, he added.

Faruque Hassan thanked all for joining the celebration program organized by BGMEA.