Desk Report: A delegation of BGMEA led by President Faruque Hassan met with Guy Ryder, Director-General of the International Labour Organization at the ILO headquarters in Geneva on February 25. 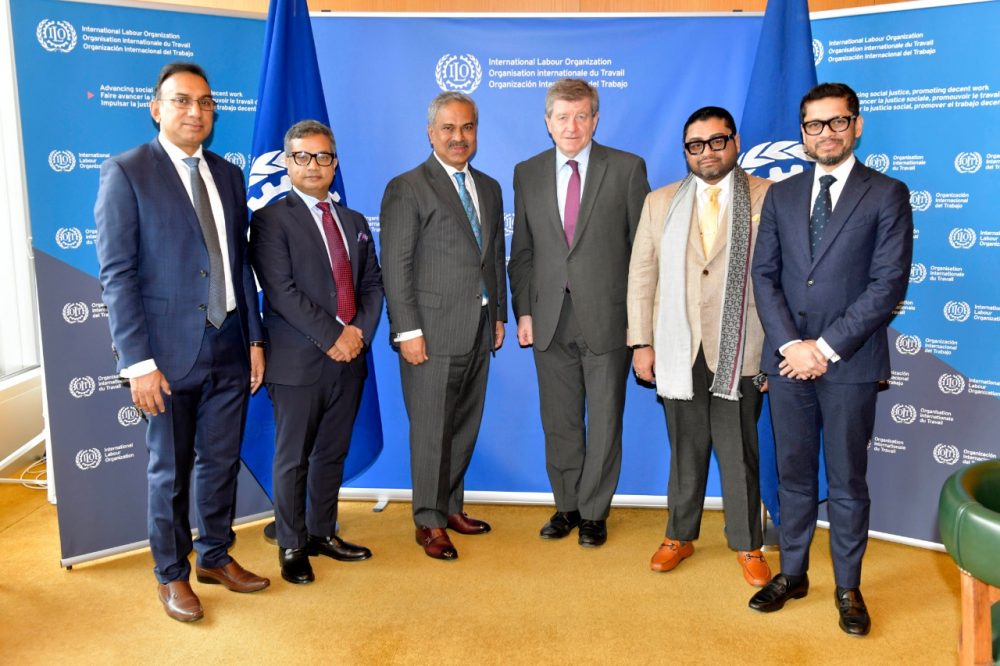 BGMEA President Faruque Hassan gave an overview of the progress made by Bangladesh’s RMG industry in compliance with ILO conventions ratified by Bangladesh. He said unprecedented safety initiatives coupled with massive trainings of workers jointly taken by the Government, brands, ILO and development partners have led to a tangible transformation in the Bangladesh garment industry, making it a role model for others to emulate. Moreover, the industry is fully committed to carrying on this momentum to forge a safer industry that reflects the label ‘Made in Bangladesh’ with pride, he said. Faruque Hassan also apprised the ILO Director-General about the initiatives and programs including ILO’s Better Work Program in the RMG Sector to promote descent working conditions in the garment factories. 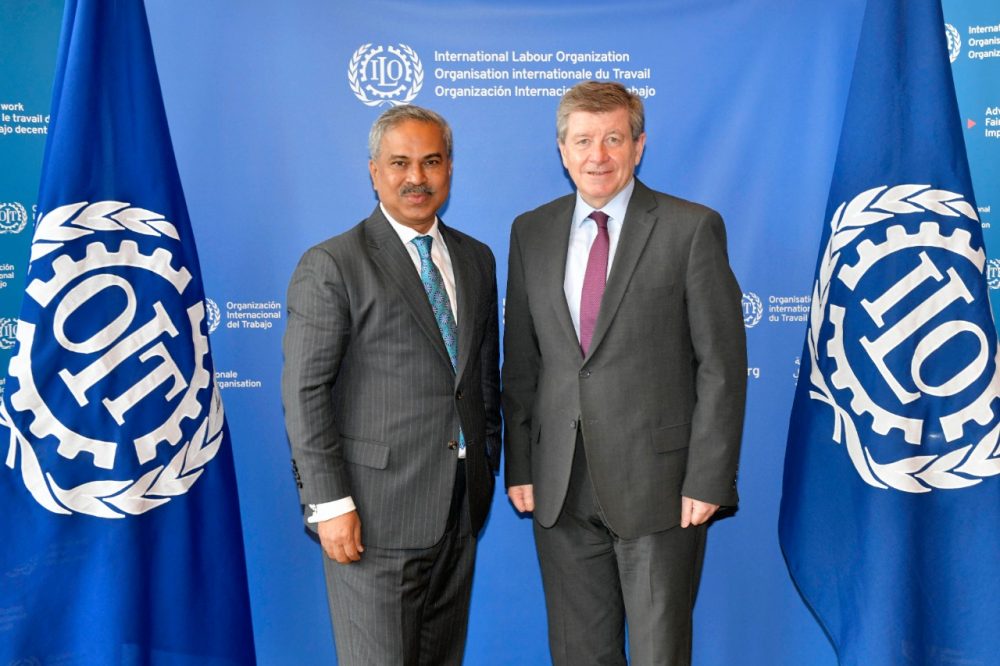 He also informed the ILO DG about the massive training program supported by ITC-ILO on workermanagement relations, Occupational Safety and Health, and labor laws for both factory management and workers. BGMEA has partnered with the ILO on social dialogue and harmonious industrial relations (SDIR) project in garment factories which aimed to promote social dialogue and harmonious industrial relations in the Bangladesh RMG sector. The Government of Bangladesh has proactively taken a number of steps including amending the labour law and passage of the Labour Rules, making elected Participation Committee and Safety Committee mandatory in garment factories.

Furthermore, a workers’ welfare fund has been created for the export oriented industries where the apparel industry alone contributed more than 12 million dollars this year and which increases in line with the growth of RMG exports, Faruque Hassan informed. The BGMEA President reaffirmed commitment to maintaining a safe and sustainable working environment and harmonious labour relations. ILO Director-General Guy Ryder praised the progress made by Bangladesh in making workplace safer and improving working conditions in the apparel industry.