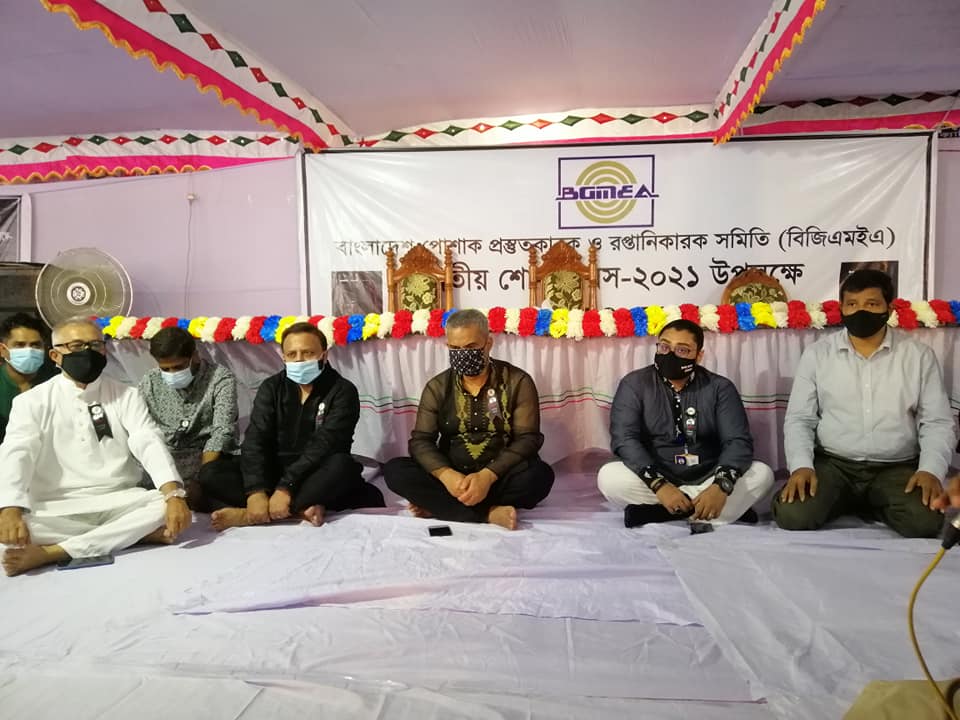 Later food was distributed among the orphans at Shahabuddin Hafizia Madrasa and Orphanage in Gazipur. They also took part in prayers seeking forgiveness and peace for Bangabandhu and his family members who were brutally murdered in the dark night of 15 August in 1975. They also attended and spoke in a discussion organized on the occasion of the National Mourning Day.

In his remarks BGMEA President Faruque Hassan said the killers were able to murder Bangabandhu but they could not kill his dreams and ideals. The “Sonar Bangla” as dreamt by Bangabandhu is now becoming a reality under the prudent and visionary leadership of his daughter, Honorable Prime Minister of Bangladesh, Sheikh Hasina. “Bangladesh is now a role model in the world in terms of exports, investment, poverty reduction, per capita income and GDP growth.

In its journey towards development Bangladesh reached a significant milestone by qualifying to graduate into a developing nation from a Least Developed Country (LDC),” he said. The RMG sector has played a major role in Bangladesh’s economic transformation, export growth and women empowerment to uplift the entire nation, he added. BGMEA President Faruque Hassan said the RMG industry would continue to make contribution in building “Sonar Bangla” as dreamt by Bangabandhu Sheikh Mujibur Rahman. At the end of the program BGMEA leaders handed over clothing to the persons in charge of managing Kazibari graveyard in the area for burying unidentified bodies