Desk Report: From being one of the poorest nations to become one of the fastest growing economies over the last 50 years, Bangladesh has immense potential of growth in the coming days, said BGMEA President Faruque Hassan. 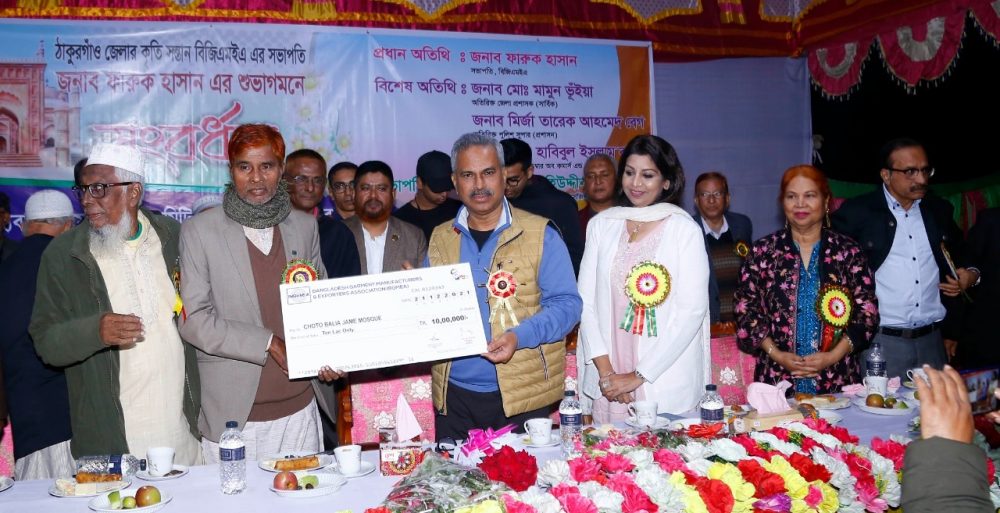 “Now is the time for the people to remain more united imbued with patriotic zeal to take the country to newer heights of glory,” he said. “We have to discard our differences for the sake of national unity to build ‘Sonar Bangla’ dreamt by Bangabandhu Sheikh Mujibur Rahman,” he added.

Faruque Hassan made the observations during his visit to Choto Balia Jame Moque at Sadar Upazila in Thakurgaon on December 25. The BGMEA President handed over a cheque of Tk. 10 lac to the mosque as donation. Later he also distributed 500 pieces of blankets among poor people in the local area. Director of Giant Group Sharmeen Hassan Tithi was also present on the occasion.