Desk Report: BGMEA President Faruque Hassan has reiterated the call for completing the ongoing railway development projects across the country in the quickest possible time to derive economic benefits by enhancing capacity of railway in line with the increasing demand for passenger and freight transportation. 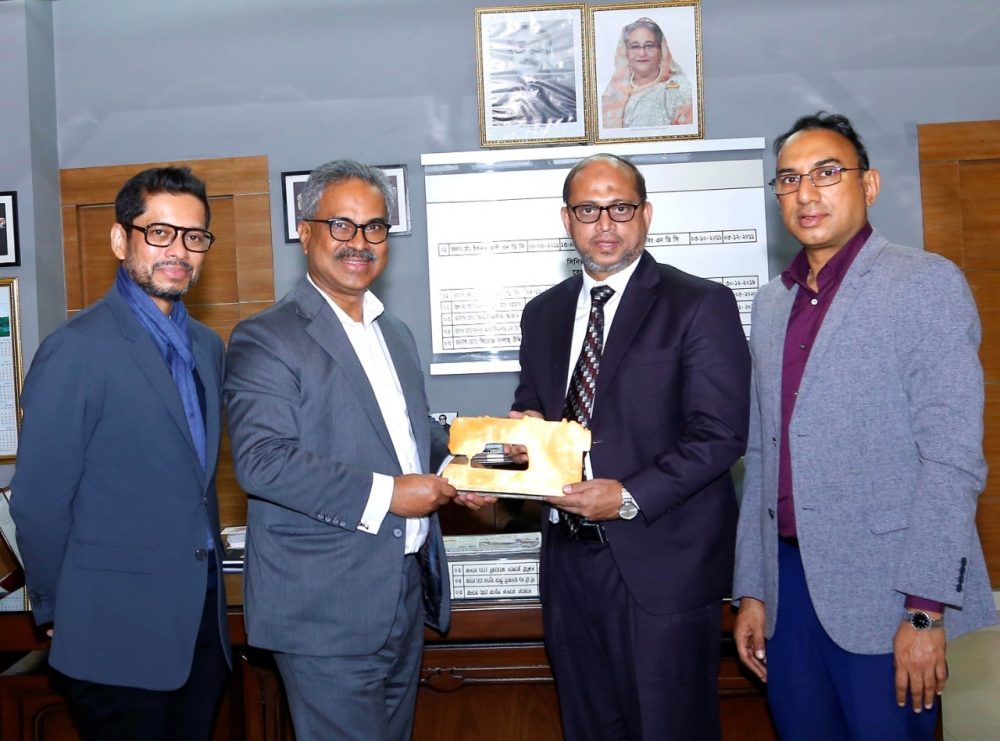 The expanding economy of Bangladesh has reinforced the need for upgrading railway connectivity including building new tracks, converting single lines to double tracks, and the existing rail lines into dual gauge, he said during a meeting with Railways Secretary Dr. Md. Humayun Kabir at Rail Bhaban in Dhaka on February 1. BGMEA Vice President Miran Ali and Director Asif Ashraf were also present at the meeting.

They paid the visit to the Railways Secretary as a follow-up meeting. Earlier, the BGMEA leaders met with Railways Minister Md Nurul Islam Sujan, MP at the Railway Bhaban in Dhaka on 11 January. In the meeting the BGMEA President requested the Railways Ministry to launch a special demu train service from Dhaka to Sreepur for workers and employees of garment and textile factories. They also called for the implementation of the inland container depot (ICD) project in Gazipur’s Dhirashram area to cater to the rapid growth of containerised traffic. They said construction of an Inland Container Depot (ICD) on the western bank of the Jamuna river in the Sirajganj district would facilitate transportation of raw materials for RMG and essential commodities from India