Home » Events » A book on diplomacy titled “Diplomacy in Obscurity: A Memoir” launched

The launching ceremony was set up by former students of St Gregory’s High School in Gulshan in the capital, on Christmas Day.

The ceremony was attended by a large number of prominent citizens from a cross-section of the city’s social elite comprising diplomats, entrepreneurs and leading businessmen, educationists and academics, senior retired civil bureaucrats and defence officials, strategic analysts, media personalities and youths. 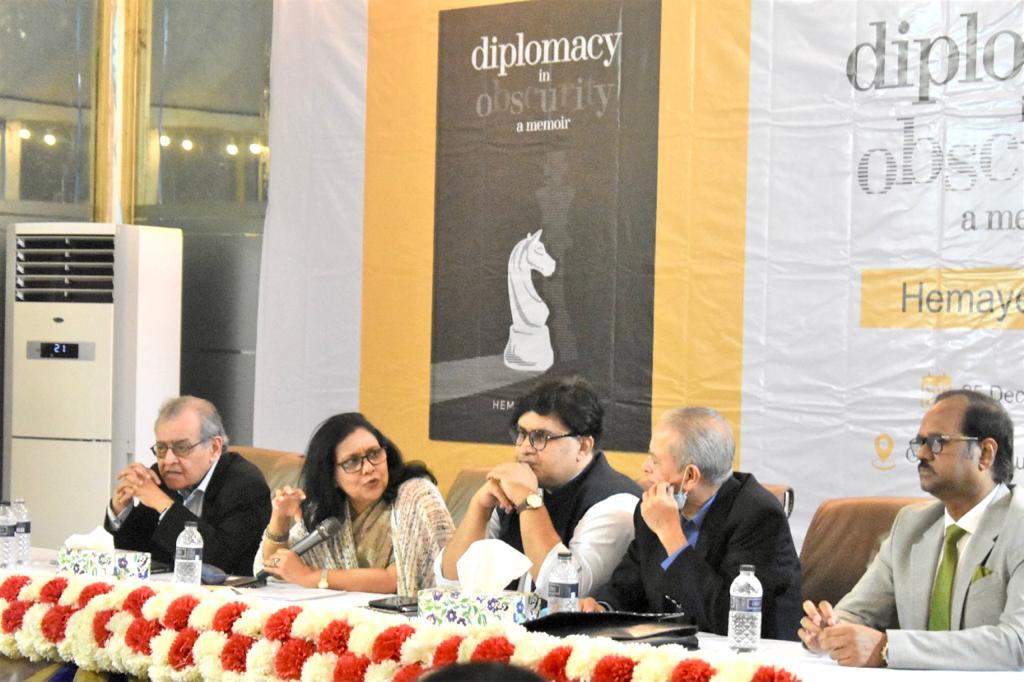 Shahidullah Azim, founder president of the Gregorian Alumni Club and vice president of BGMEA, in his introductory address welcomed the distinguished gathering.