Desk Report:  As part of the series of activities for the 50th anniversary of the establishment of diplomatic relations between the Philippines and Bangladesh, Ambassador Alan L. Deniega joined the commemorative gathering organized by the Bangladesh-Philippines Chamber of Commerce and Industry (BPCCI) for this  landmark event on 24 February 2022 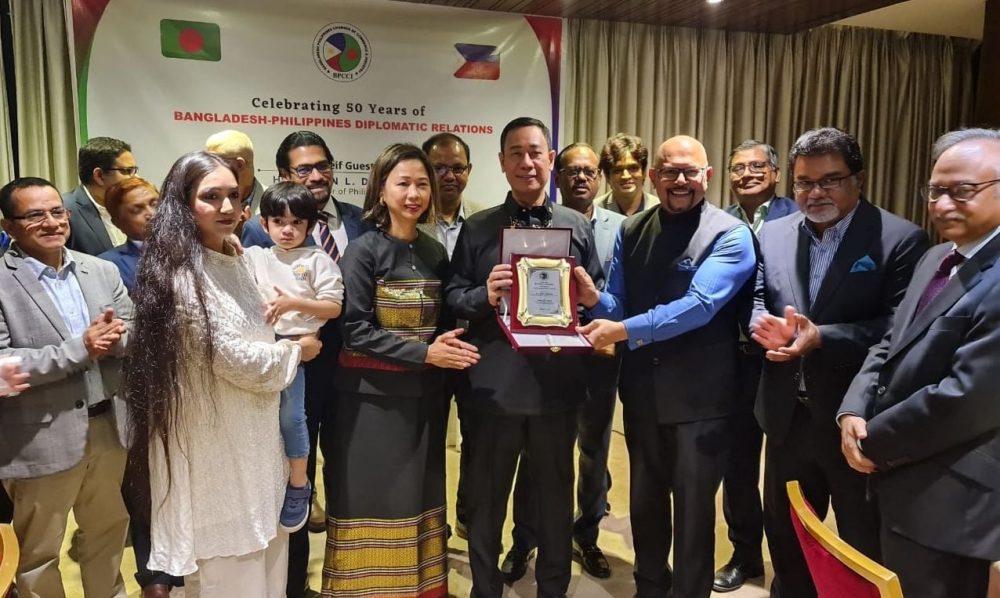 Ambassador Deniega thanked the directors and members of the BPCCI for actively promoting trade and investment between the two countries. With the easing of the COVID-19 situation in both countries, the Ambassador assured them of the embassy’s drive to further deepen the economic exchanges between Bangladesh and the Philippines, which are projected by many think tanks and international institutions as among the top 25 economies in a few years.

The President of BPCCI, Engr. Akber Hakim, highlighted the Philippines’ recognition half a century ago of Bangladesh as a sovereign nation. He looks forward to more business matching missions between the two countries in the coming months

A study by ITMF indicated the textile sector orders will revive...

China to be Key Player in Cotton Market in the Current...