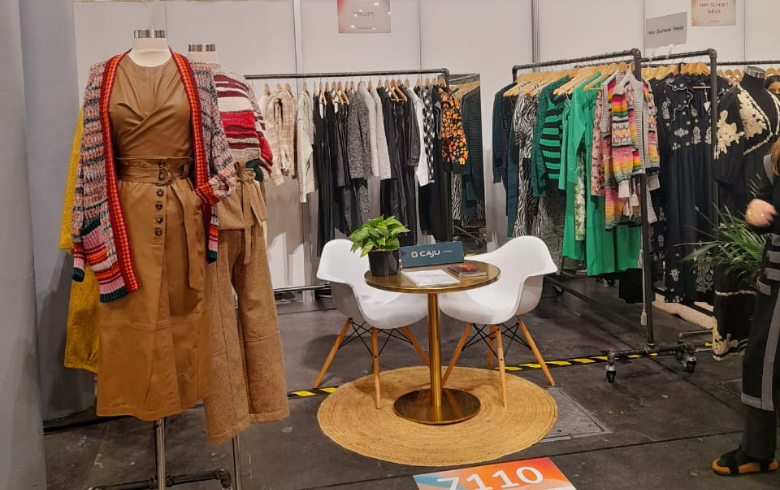 Debuting at the event, Plié celebrated positive results, highlighted the United States as a target market in its internationalization and relied on the trade show to get to know potential customers better. “The trade show allowed us to get to know the American market better, to analyze similar products, as well as to get in touch with several regional buyers”, explained the national sales manager, Samuel Vogel.

Maria Pavan, who has been going to Coterie for years with the support of Texbrasil, also celebrated the buyers’ visit. “All our American customers visited us at the trade show. They went back to see the collections in person and, consequently, bought more”, commented Mariana Pavan, commercial director of the brand.

She also pointed out that the movement did not return to the pre-pandemic period, without the presence of international visitors from Asia and South America, for example. Still, she sees the momentum as positive, with buyers returning to invest, and new American customers emerging.