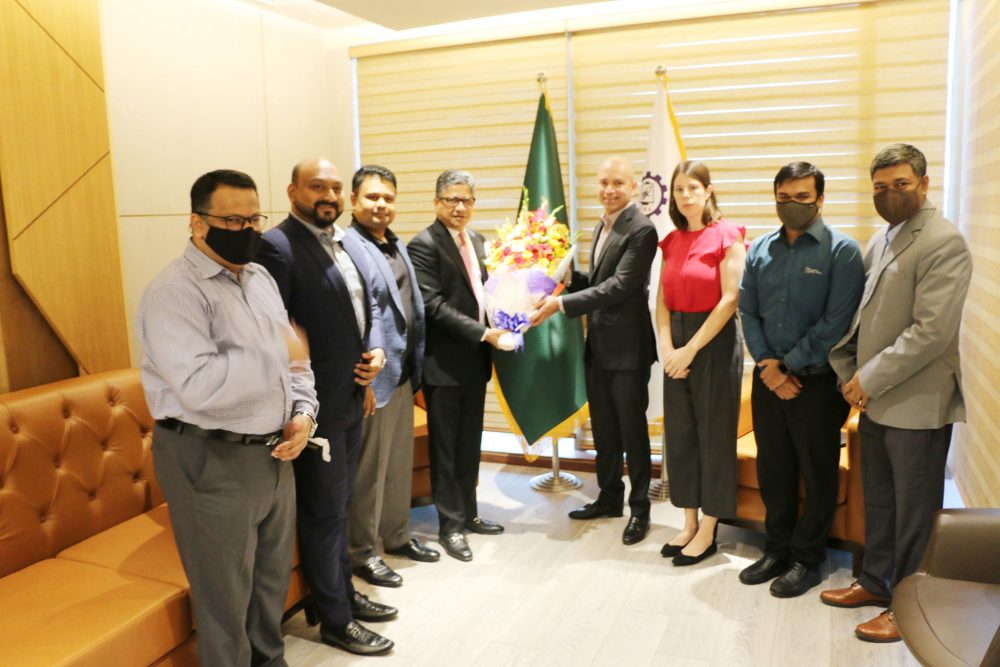 On November 4, 2021, Megan M., Agricultural Attache of the US Embassy in Bangladesh along with a delegation comprising top USDA official in Dhaka and Mr. Ali Arsalan, Country Representative of Cotton Council International, USA in Bangladesh, met Mr. Mohammad Ali Khokon, President of BTMA at the BTMA office in Kawran Bazar. BTMA Board of Directors member Engineer Ishtiaq Ahmed Saikat and Engineer Rajiv Haider along with other BTMA officials were present at the meeting. During the meeting, the President of BTMA highlighted the contribution and capabilities of BTMA member mills in the export oriented garment sector of the primary textile industry of Bangladesh and the backward linkage industry of the textile sector as well as the role of BTMA member mills in meeting the basic textile needs of the general population. 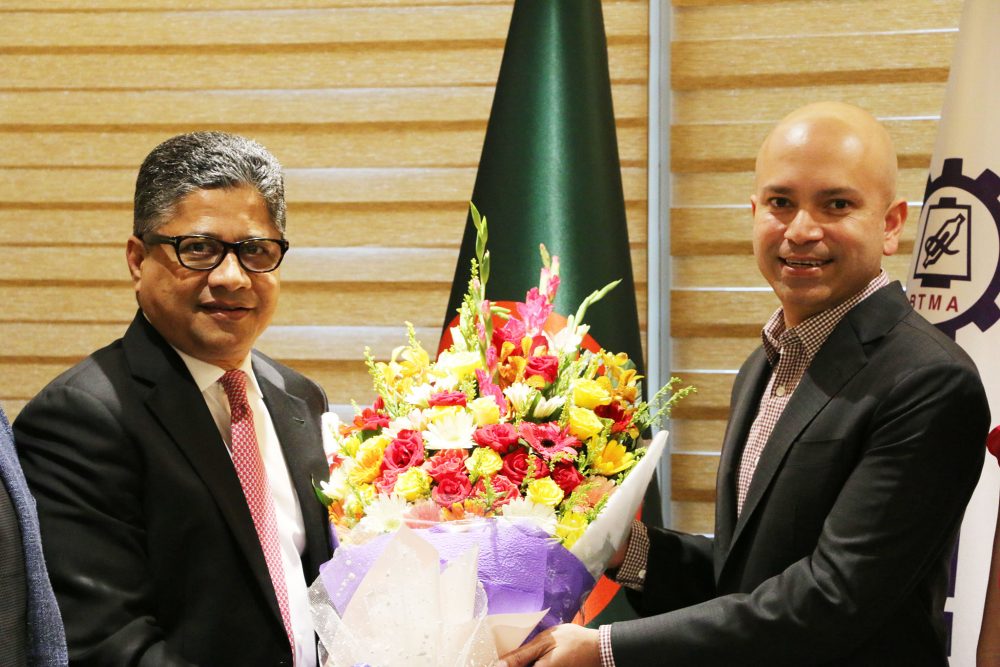 The President apprised the BTMA delegation that Bangladesh has a viable backward linkage industry in the primary textile sector and despite the horrors of Covid-19 in the last two years, the existing economy of Bangladesh is still in a strong position. He said that in 2019-20, Bangladesh imported about 7.5 million bales of cotton, of which 11.14% came from the United States, which he expects to increase further in the future. He added that despite the high quality of American cotton compared to any other country, its import is being discouraged in Bangladesh only due to lead time. In this context, BTMA President referred to the existing fumigation process for American cotton imports to the Agricultural Attache

To this end, the President referred to the provisions of SRO No. 287-Act / 69 issued by the BTMA Government of Bangladesh in 1989, according to which if the cotton of other countries was imported in the same ship with the imported American cotton, all the consignments concerned would have to be fumigated. This has resulted in increased cost and harassment as well as increased lead time. He said the issue had been raised directly from the BTMA and through the US embassy to the concerned departments including the Ministry of Agriculture on several occasions but no solution had been found, though it was urgent to withdraw the fumigation process. During the discussion, the President of BTMA sought the direct cooperation of the Agricultural Attache in withdrawing the provision on fumigation of the US Embassy in Bangladesh regarding further increase in American cotton imports.

During the discussion, BTMA, President mentioned that the United States is the second largest market or destination for garment exports to Bangladesh. Referring to the quality of denim made in Bangladesh, the President said that it would be beneficial for both the countries to allow BD to enter the United States at a discounted rate. He also requested the Country Representative of the Cotton Council International, USA to include BTMA in the process of taking an executive delegation to the USA in the course of their action on various aspects of American cotton quality and cotton procurement.

At the same time, he added utmost importance to the regular exchange of information between Cotton Council International, USA and USDA officials in Bangladesh. The President also considered the BTMA UN’s declaration of “World Cotton Day” on October 8 every year as a landmark milestone. To highlight the importance of cotton in people’s daily lives, BTMA and Cotton Council International, USA have proposed to celebrate ‘World Cotton Day’ in the future.