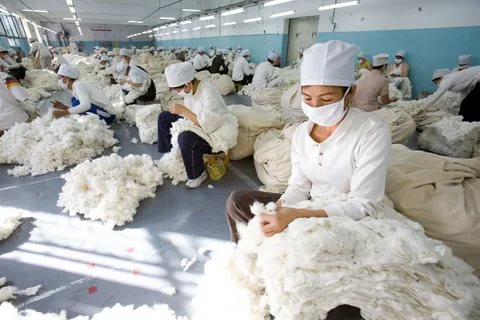 After the Better Cotton Initiative (BCI), a Switzerland-based nongovernmental organization, failed to facilitate the positive and sound development of the global cotton supply chain, the Chinese cotton industry is moving forward with plans to form a fairer and more transparent international industry standard-setting platform to replace it. The BCI, which had previously led the global cotton business, has come under fire in China and overseas for making unfounded “force labor” accusations against cotton from the Xinjiang Uygur Autonomous Region in northwest China, and is losing membership and influence in the sector. The Wall Street Journal reported recently that US brand Levi Strauss was stepping down from the BCI’s leadership after dispute about the group’s approach to “potential human rights violations” in Xinjiang’s cotton sector, citing people familiar with the situation.

The alleged decision by the US company comes after the BCI and H&M caused considerable outrage in China with their false allegations about Xinjiang cotton. In contrast to BCI’s assertion, numerous other major worldwide fashion labels, like FILA and MUJI, have declared significant support for Xinjiang cotton.

According to Chinese industry analysts, Levi’s move is expected, as the BCI’s deception over Xinjiang cotton not only harmed the sector’s reputation, but also created uncertainty in the global textile supply chain, where Xinjiang cotton plays a key role. According to analysts, the weaker BCI has provided a chance for the Chinese industry to form a new quality-evaluation alliance.