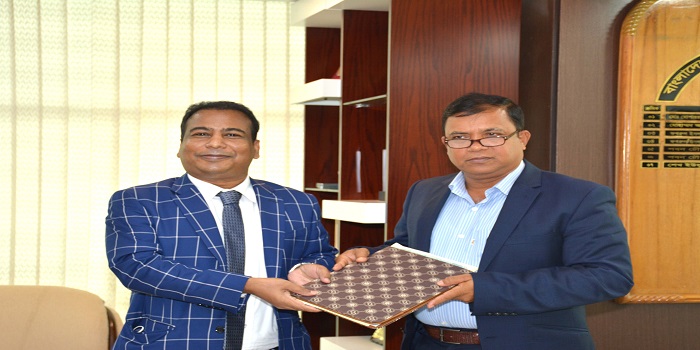 Color Style Bangladesh, a prominent textile chemical supplier in BD, has been allotted six acres of land in the Jamalpur Economic Zone. A land lease agreement was signed at the Bangladesh Economic Zone Authority (BEZA) office on Tuesday (August 24th) afternoon. According to the agreement, Color Style Bangladesh will set up two factories in Jamalpur in a joint venture with a Turkish company called Resas chemie. Resas Chemie Limited will produce textile chemical and  Maz Textile Limited. will produce 100% export-oriented knit product.

According to BEZA, Color Style Bangladesh Limited will invest a total of $11.76 million in Jamalpur and create employment for at least 1,235 people.

Meanwhile, Mr. Sheikh Yusuf Harun, Executive Chairman, BEZA, congratulated the investor and said that the commencement of construction of new factories in the midst of Corona epidemic is good news for the country’s economy. He said the economic zone in Jamalpur is being developed for processing of food and agricultural products as part of planned industrialization across the country. He said this would involve the local population in the wheel of the country’s mainstream economy and set a new precedent in macroeconomic development.

On behalf of Color Style Bangladesh Limited, Managing Director Mohammad Ziaur Rahman said, “We are very happy to start construction of the factory in Jamalpur Economic Zone. He said the company will go into production as soon as possible.

The Jamalpur Economic Zone is being set up on 436 acres of land in Digpait and Titpalla Unions of Jamalpur Sadar. The economic zone, which is being implemented by BEZA, is expected to directly employ about 32,000 people. According to BEZA sources, construction of gas connection line and 33/11 KVA power sub-station in Jamalpur economic zone has already been completed. Besides, construction of drainage system, land development, ground water conservation, boundary wall and construction of internal roads are nearing completion. An open reservoir of 100 (one hundred) acres will also be constructed in this economic zone. The event was attended by senior officials of BEZA and a delegation of investment institutions.