Home » Events » EAB has sought cooperation and support the media to change the narrative of Bangladesh’s RMG sector.

Desk Report: Exporters Association of Bangladesh(EAB) organized an Iftar and Doa Mahfil for its valued Members, Journalists at Pan Pacific hotel  on April 19 in the capital. . In his address at the event, EAB President, Abdus Salam Murshedy MP, Managing Director of Envoy Group and former president of  EAB has sought cooperation and support the media to change the narrative of Bangladesh’s private sector specially in RMG  which has a lot of achievements and positive stories to tell the world. 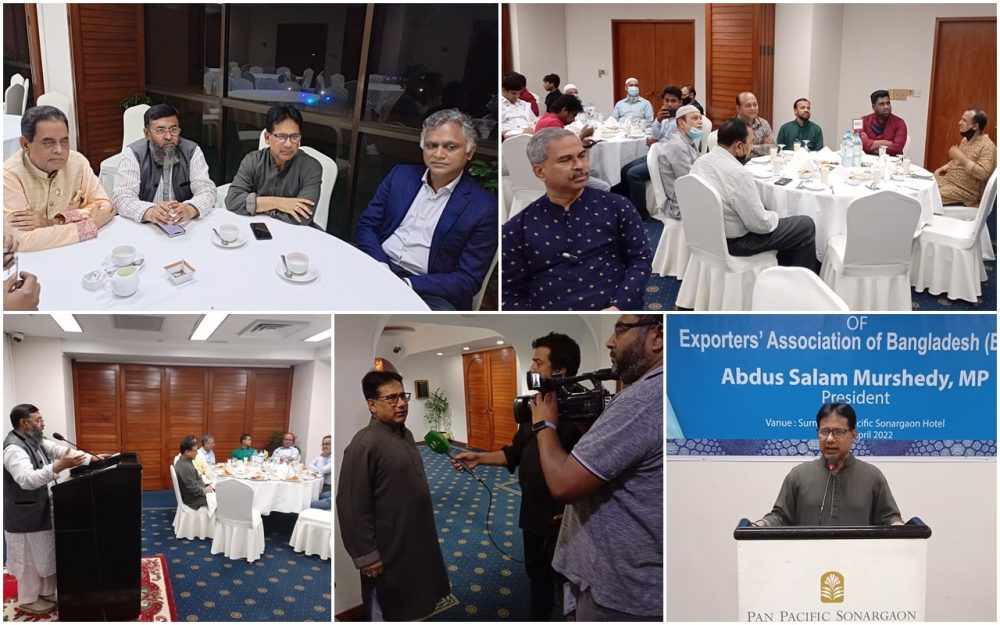 “Many thanks for your sincere support to the garment industry, a sector that has been making an invaluable contribution to the socioeconomic transformation of Bangladesh, said, Mohammad Hatem ,Sr. Vice President, EAB and Executive President, BKMEA

It is high time to the change the narrative of the industry by promoting good practices. Journalists have a big role to play in promoting ‘Made in Bangladesh’ as a prestigious brand, said, Faruque  Hassan ,President, BGMEA