Desk Report: Germany will provide EUR339.54 million (approximately Tk3,463.3 crore) for financing development projects in various sectors in Bangladesh.According to a press release, two governments on Sunday signed financial and technical agreements in this regard, Of the total amount captured in these agreements, EUR47.04 million is for technical cooperation and EUR292.5 million is for financial cooperation. 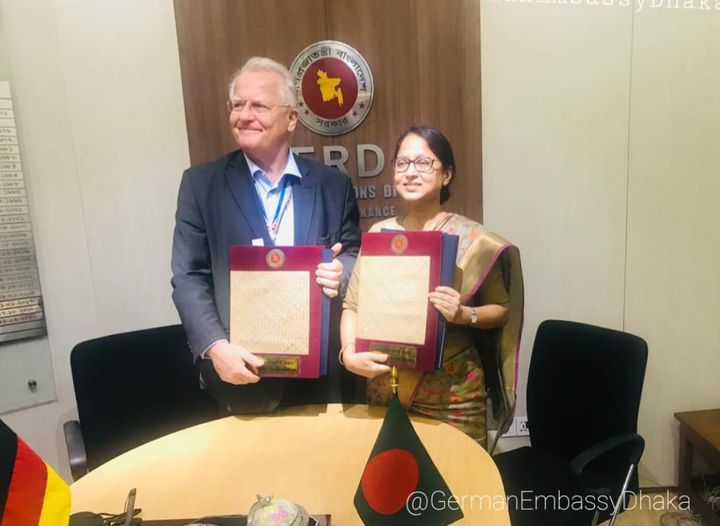 Ms. Fatima Yasmin, Secretary, Economic Relations Divisions, Ministry of Finance of Bangladesh and H.E. Peter Fahrenholtz, Ambassador of the Federal Republic of Germany to Bangladesh, signed the agreement on behalf of the two governments

Fatima Yasmin, secretary to the Economic Relations Divisions, Ministry of Finance of Bangladesh, and Peter Fahrenholtz, ambassador of the Federal Republic of Germany to Bangladesh, signed the agreements on behalf of the two governments.

The signing ceremony was also attended by high officials from the German Embassy in Dhaka, the German Development Bank KfW, the German technical cooperation agencies GIZ and BGR.

Germany has been providing financial and technical assistance for the development of Bangladesh since 1972, which amounts today to a total of over EUR3 billion.We are glad to continue our support for the Bangladeshi success story,” the German ambassador ,Peter Fahrenholtz.