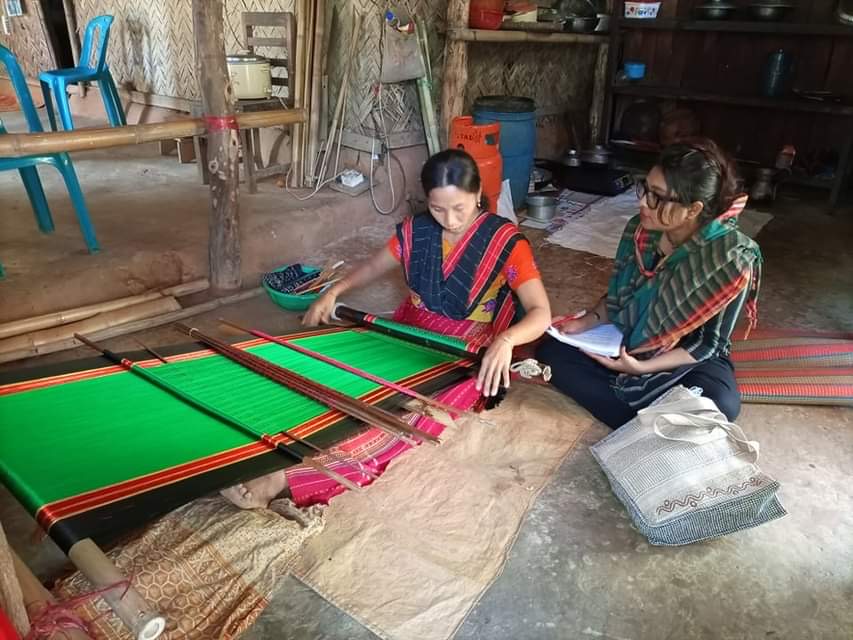 Handloom, a mere word to many but has a meaning which is larger than life, a history that runs through generations. An industry that connects weavers, dyers, embroiders and not to forget the large scale of consumers. Even the origin of this fabric has a unique story, too. This cloth has a simple yet gorgeous texture, and can’t be compared with anything else. But compared to its glorious past, nowadays, this sector is struggling to survive. For painting the actual picture of this industry, we visited weavers’ village to working place. We even get along with producers and consumers just to make sure we are listening from both sides.  In this context, readers would not only read some words, rather they would understand the actual scenario of an industry that had a booming past and now, a gloomy present.

During the past century, handlooms had an unbelievable dominance all over the world.  Handloom has a colorful and very carefully beaded history that Bangladesh takes pride in. This ancient industry has over 1 million weavers working for the production of this identical clothing. This industry not only includes a larger extent of rural employment but also ensures women empowerment too. In handloom sector, among 50% of the weavers are female, who are working behind producing some exclusive clothes.

This fabric production has different policy initiatives, as well as scheme interventions like demanding marketing initiatives, cluster approach and of course social welfare measures. Despite the fact that the handloom sector is going through a hard time, it still has a hope to create a well-improved marketplace.  Although the apparel industry is not an early industry like handloom, it still made a better acceptance in global markets. Garment sector alone included 4.5 million workers, whereas the handloom sector had only 1 million workers.

But the variations and the quality of handloom products (including Saree, Panjabi, Lungi) are famous all around the world for their fine finishing. Regional differences to traditional variety are also a part of this fabric. From world-class designers to rural artisans, everyone related to fabrication has a strong desire to work with this ‘perfectly fit with everything’ cloth.

No matter how many words we use, it’s almost impossible to depict the beauty of this textile. But from here, the journey with Handloom should begin.

1.The origin of this exquisite fabric

The rich textile culture of Bengal was very renowned for many centuries of the region’s diverse history. The textile of Undivided Bengal was remarkably famous for its cotton and very fine weaving. In the 16th Century when the Moguls arrived, the Bengals received its incomparable and most desirable textile in the history of Bangladesh, the Muslins.

Characteristics of this Artistic Fabric Handloom don’t need a much of raw materials. But its elegant texture makes it arguably the best fabric in this industry. Cotton yarn, silk yarns are used as major raw materials.

Sometimes chemicals and dyes are also required for making the yarns a bit more colorful and vibrant. But there are other variations in these materials, which makes handloom richer than any other cloth.

Diversity of this delicate textile Handloom is one of the ancient-cultural heritages of Bangladesh. According to the ‘Bangladesh Handloom Board’, a statistic showed that six types of loom are available in our country. They are- Pit loom, Chittaranjan loom, Komor loom, Frame loom, Benarasi and Jamdani and Power loom. But this lavish cloth industry is not based on one particular material or place.

This traditional industry has spread in various locations across this country and developed its own specializations in the production of textiles.

Bangladesh has a large number of weavers working behind loom to produce this incomparable textile. More than 1 million handloom weavers are working in 0.183 million handloom units. These weavers are not the very first generation attached to this sector. Their ancestors were mainly engaged to this production since sixteen hundred century or before. From one generation to another, this skill has been transferred as a family-based fabrication.

As after agriculture, handloom sector is way more acceptable as ‘job’ to rural community in our country, which includes relatively poor people from village or outside from the town. To wavers, weave is the only earning source for their livelihood.

According to ‘Bangladesh Handloom Board’ there are about 0.18 million handloom weaving units accompanied by 0.505 million looms. However, 61.7% of total looms are operational looms which is about 0.311 million in total and rest of the looms are non-operational that is 0.193 million in numbers.

Bangladesh lists itself in high demand club when it comes to demand for its sophisticated handloom across the globe. The fabric have been ingrained in the culture and heritage long before the country was born.

There’s widespread demand for the fabric all over the world which is increasing with every passing day crossing its own borders. In the past, the Handloom produced in Bengal were exported to almost every rich nation in the ancient world.

And as the industry continues to revive its lost glory, this versatile cloth has been successfully drawing a positive response from various part of the world and we can see a sharp increase in the export volume and figures.

As mentioned earlier the handloom industry is still in its revival phase, the export started not more than a decade ago, but managed acceptance from many countries around the world. More than 0.50 million Handlooms are being produced by 1 million weavers, 59% of looms are active. From this 0.3 million exited looms, we are getting 620 million meters of fabric, which is the 40% of the total annual demand of this country.

‘Bangladesh handloom board’ showed a piece of hobe where Bangladesh earned 1.6 billion USD from FY 2009-10 to FY 2019-20, by exporting handloom. 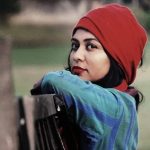