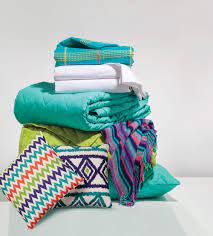 India’s Home textile exports increased to $7.34 billion in 2021, owing to a receding pandemic and nations adopting the ‘China Plus One’ approach.

Welspun Group, the largest player in the market, is on track to meet its $1 billion sales projections for the first nine months of the current fiscal year, with revenues rising 35.80% to $955 million.

In the following months, it will extend its production base by increasing capacity in towels, beds, rugs, and carpets.