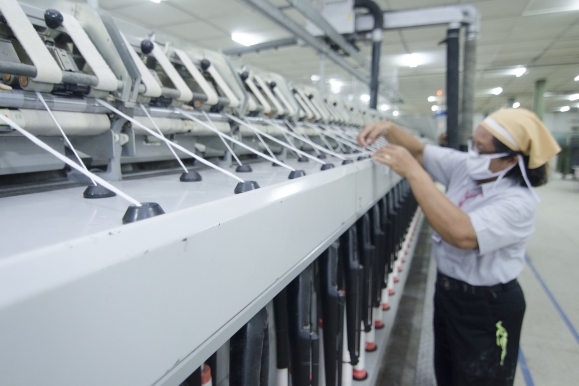 Redma Gita Wiraswasta, Secretary General of the Indonesian Fiber and Filament Yarn Producers Association (APSyFI), says Turkey is one of the most significant export destinations for Indonesian synthetic fiber and yarn goods. Indonesia offers textile items such as viscose rayon staple fibers and single yarn as part of a counter-trade deal with Turkey, one of Indonesia’s biggest trading partners. Indonesian fiber and yarn manufacturers have shown an interest in experimenting with a counter-trade structure for exchanging these items. In the face of trade obstacles in the target country, trade returns are viewed as an option for market penetration. Indonesian fiber and filament yarn exports to Turkey account for 10% of total exports. Given that some Indonesian fiber goods are subject to anti-dumping duties in that nation, trade compensation is an option. Meanwhile, Indonesia is hopeful that the Regional Comprehensive Economic Partnership (RCEP) would improve footwear exports. In 2020, shoe shipments to RCEP nations accounted for 29% of overall exports, with the United States accounting for roughly 27%. After the European Union, the RCEP members are Indonesia’s second-largest footwear export market. The RCEP nations have grown in importance, particularly China, which had a significant rise in imports between 2019 and 2020.