Desk Report: There is enormous scope for Japan and Bangladesh to further engage in trade and investment to derive more mutual benefits, said BGMEA President Faruque Hassan. He made the remark while exchanging views with Ambassador of Japan to Bangladesh ITO Naoki who paid a courtesy visit to BGMEA in Gulshan, Dhaka on January 10. BGMEA Vice President Shahidullah Azim, Vice President Miran Ali, Director Asif Ashraf and First Secretary of Embassy of Japan Haruta Hiroki were also present at the meeting. 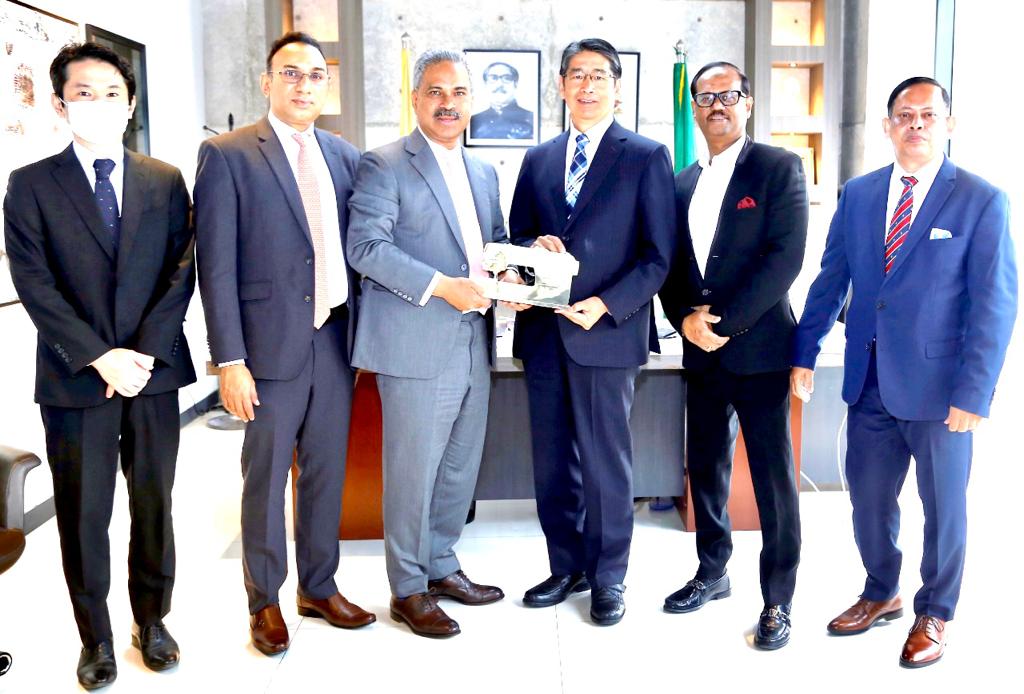 They had discussions about possible ways of expanding trade between Bangladesh and Japan and further deepening the relationship between two Asian countries. During their talks they stressed on removing existing trade barriers to facilitate more trade and investment. They also expressed willingness to initiate communication between businessmen in Bangladesh and Japan, particularly those who are involved in fashion industry to generate business opportunities. BGMEA President Faruque Hassan mentioned Bangladesh’s intend to increase the share of RMG exports in Japan and sought cooperation of the Ambassador in this regard.

He urged Ambassador ITO Naoki to encourage Japanese businessmen to make investments in the potential sectors in Bangladesh, especially the non-cotton textile sector. The RMG sector in of Bangladesh is increasingly focusing on apparels made from synthetic fibres to meet the rising demand in the global market.

The Japanese envoy pointed to extending incentive facility to RMG factories inside export processing zone (EPZ) against their exports to new markets. He also laid emphasis on more easing doing of business in Bangladesh to attract Japanese investment. The BGMEA President expressed hope that Japan would continue cooperation to Bangladesh in its march towards more prosperity