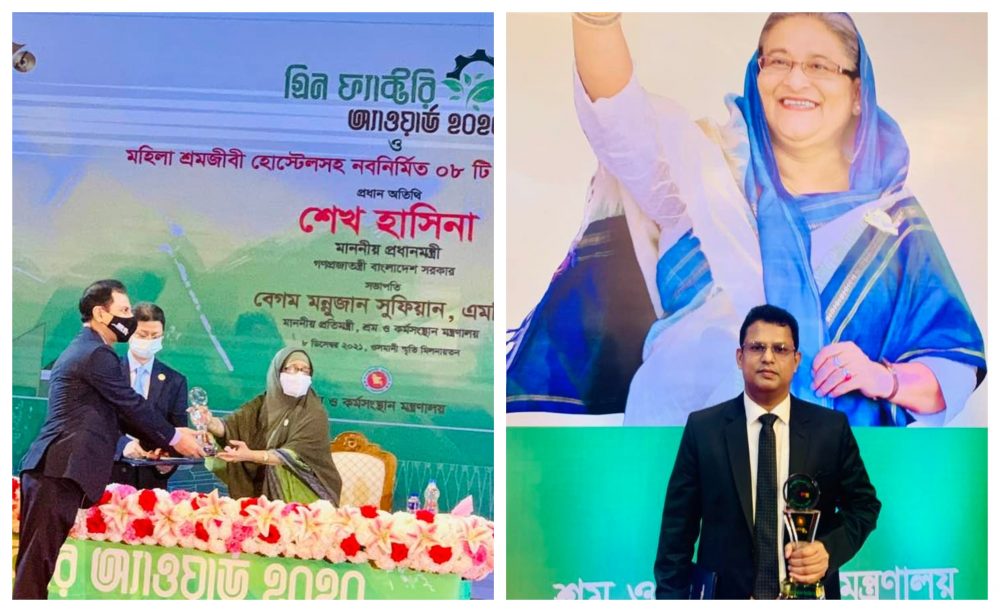 The PM  joined the function at Osmani Memorial Auditorium virtually from her official residence Ganabhaban. On behalf of the Prime Minister, State Minister for Labour and Employment Begum Monnujan Sufian handed over the prizes among the recipients.

Alhamdulillah. I’m blessed and extremely honored to be receiving such an important award,” Green Factory award “ from the  Ministry of Labour and Employment for the first time to commemorate the birth centenary of Father of Nation. It’s really a fortunate moment for me. This award will help Mithela Textile Industries Limited remain more focused and dedicated to our work,said, Sohel Kahn , Managing Director  of  Mithela Group.