Desk Report: The National Board of Revenue on 24 November  honoured 141 highest income taxpayers in the national level for the fiscal year of 2020-2021 with tax cards, crests and certificates at a programme held at the Officers’ Club in the capital, Dhaka. 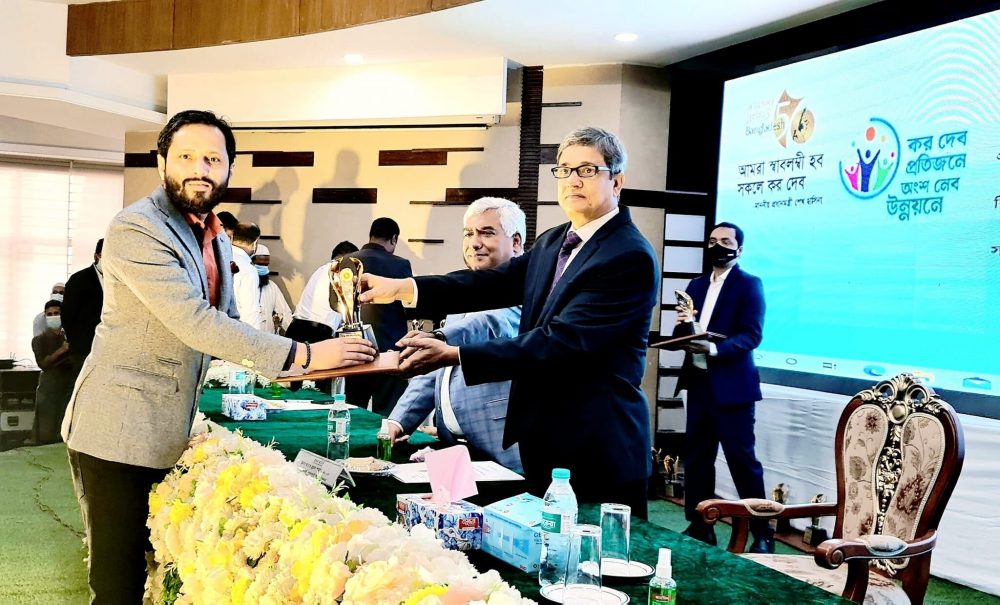 Sixty-three highest taxpayers in two city corporations of Dhaka and eight taxpayers in Dhaka Division districts also received the honour at the event.

Finance minister AHM Mustafa Kamal attended the event as chief guest and handed over the awards to the highest taxpayers at the event. Mustafa Kamal said that the tax revenue increased by 12 per cent in the last 10 year.

NBR Chairman  said, ‘Income tax is the big portion of national revenue and we are moving on the way and tax compliance rate has increased,’ he added. He said, ‘The revenue board has gradually adopted the digital automation system with the aim of ensuring taxpayer-friendly services.