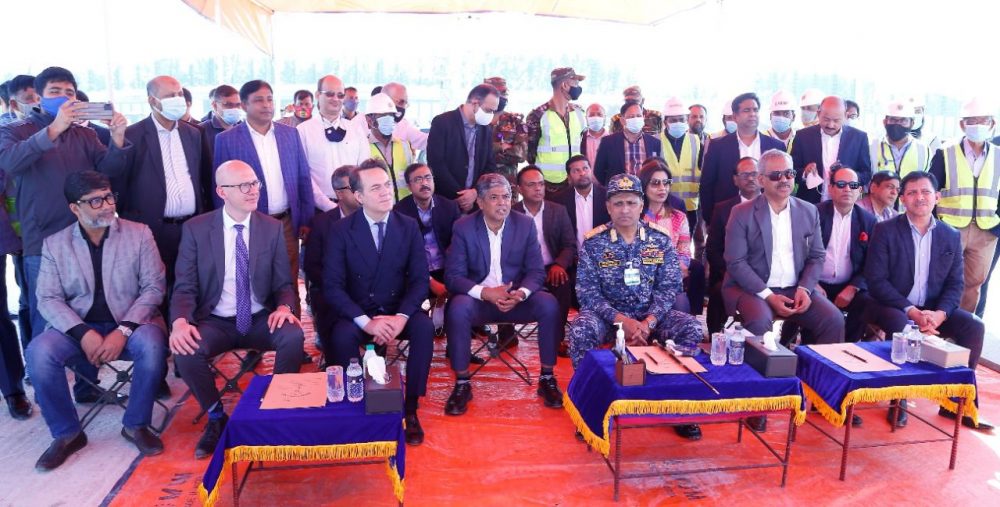 Faruque Hassan said, “The economy of Bangladesh is expanding day by day, alongside, country’s import-exports and investment are also growing. Modern facilities like Bay-terminal and Potenga Container terminal will not only reduce cost and time, but also these developments will complement our journey forward.”

After completion of the construction of Potenga Terminal in April and going in operation from June, the container handling capacity of Chittagong port will be increased by more than 14 lacs TEUS. The terminal can accommodate 3 vessels in its berthing at the same time, which will allow more vessels to flow in, improve handling time and efficiency and will thus improve lead time.

Bay terminal, a long-awaited project of the Chittagong port, is gaining momentum after slowing down due to the coronavirus pandemic.

Both the EU and Italian Ambassador expressed satisfaction seeing the development and hoped that these terminals, once in operation will facilitate connectivity and boost trade activities.