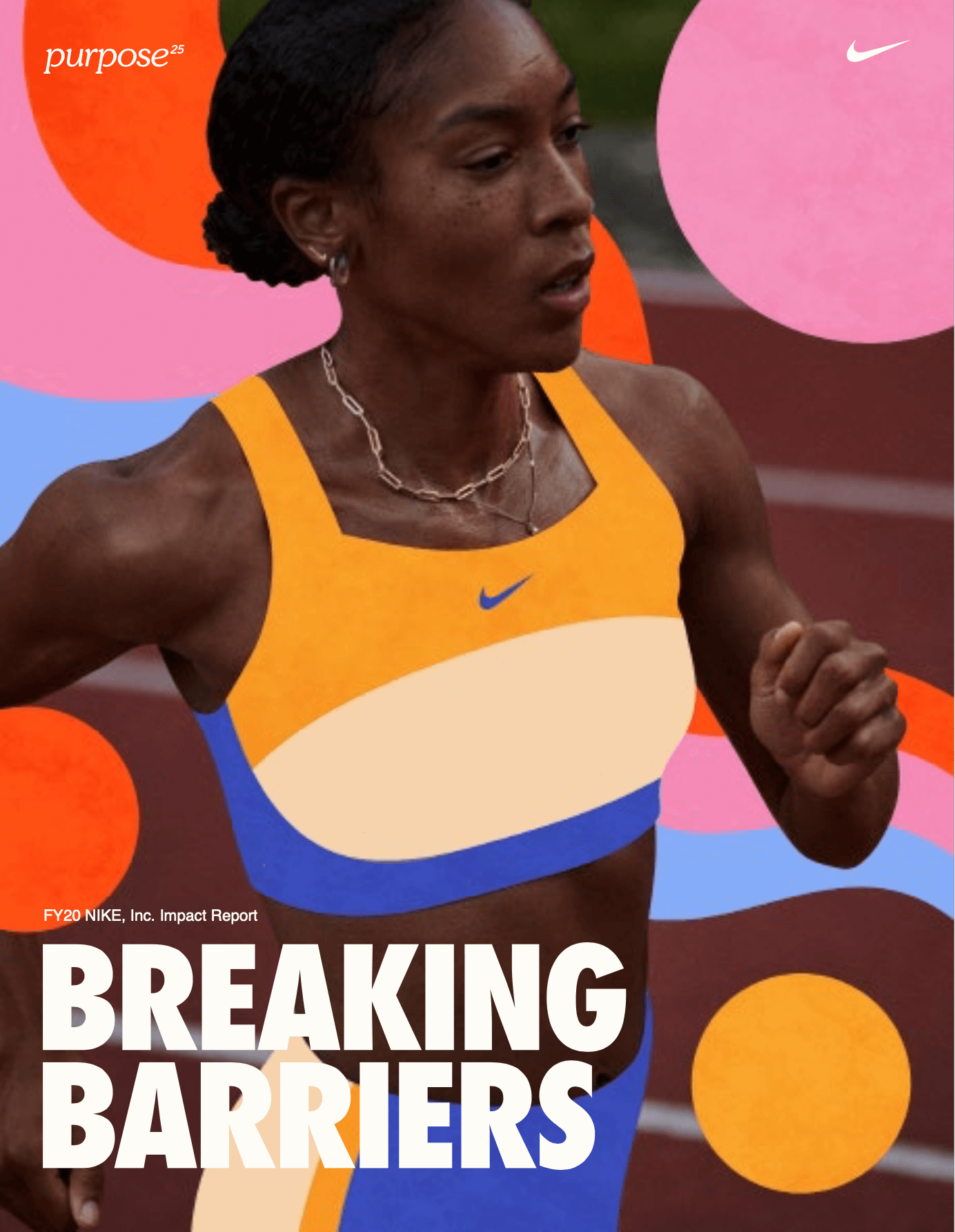 Nike has released its FY20 Impact Report, in which it details its progress toward sustainability – and other – goals, as well as setting ambitious new goals for 2025.

The study, titled ‘Breaking Barriers,’ shows mixed progress on sustainability, with the business achieving its goal of sourcing 100% of its cotton from more sustainable sources but failing to reduce its average product carbon footprint. Nike has managed to divert 99.9% of footwear manufacturing waste from landfill by reducing freshwater usage of textile dyeing and finishing by 30%, exceeding its goal of 20%. In addition, since 2015, the use of more sustainable materials in clothing has increased from 19 to 59 percent, and the use of renewable energy in owned or operated facilities in the United States and Canada has increased to 100 percent.

Nike, on the other hand, made little progress against its goal of reducing its average product carbon footprint by 10%, and only managed to minimize energy usage in its main operations by 3% against a 25% target. Nike’s latest sustainability goals, outlined in the planet section, include a 70% reduction in greenhouse gas (GHG) emissions in owned or controlled facilities, as well as fleet electrification. Despite expected business expansion, it pledges that GHG emissions from key suppliers’ manufacturing and transportation activities will remain at or below 2020 levels. It also aims to reduce carbon emissions by half a million tons by the the use of environmentally preferable products to 50%.