Home » News & Views » An Overview on: Geotextiles and Its Manufacturing Process

Geotextiles are technical fabrics that will dominate the textile market in the future. Geotextiles have a significant influence on natural catastrophe protection. Countries today are susceptible to the effects of climate change. Every day, a considerable number of disasters occur due to climate change and other factors. By constructing dams and retaining walls, geotextiles help safeguard our bridges, roads, and soil from natural disasters. This can help with erosion control as well. Geotextiles are used to create temporary or permanent highways. As a result, it cannot be harmed in a natural disaster. Geotextiles have a wide range of applications. Geotextiles are used during disasters and for drainage system solutions and road strengthening. Geotextiles combine the fields of textile engineering and civil engineering. Civil engineers are in charge of the civil aspects, whereas textile engineers are in charge of the textile materials. Geotextiles are created in a variety of ways. However, geotextiles are made in a different method in the industrial approach. All of these are explained in this article. This articel depicts the use of geotextiles, how they are made, and how they can guard against natural disasters. The varieties of geotextiles are also explored in this articel. 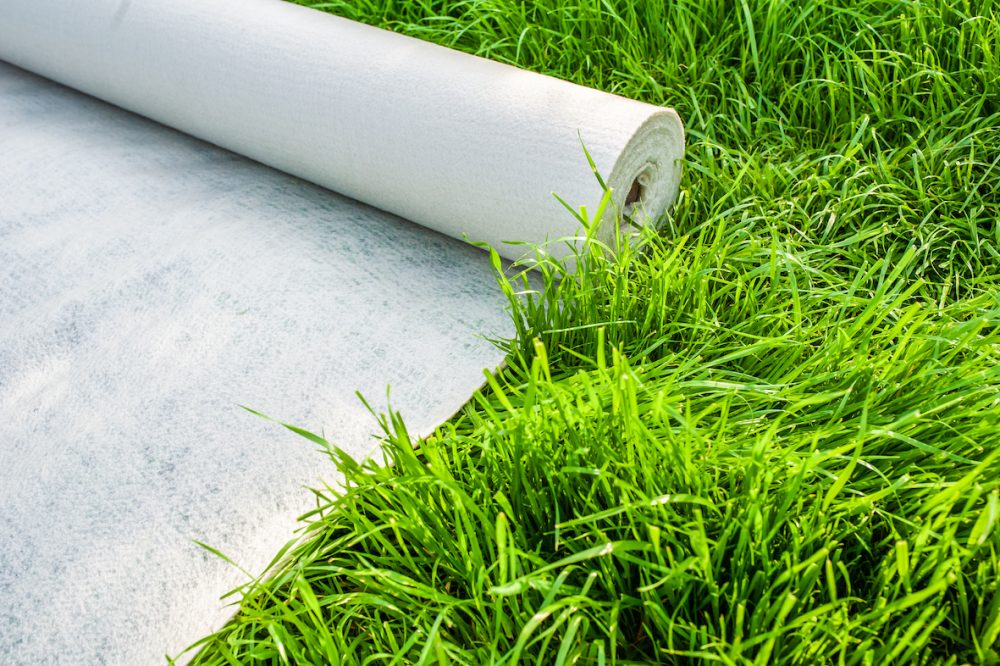 Natural fibers come from a variety of sources, including plants, animals, and minerals. These fibers are widely available in vast quantities all around the world. Natural fibers offer various qualities that aid in the production of geotextiles. They have good amount of strength, modulus, breaking extension, and elasticity. Natural fiber yarns and textiles have a low creep ability when used as garment products.  However, Mineral fibers are brittle and inflexible, that is why they cannot be used to construct geotextiles in an industrial setting.

Jute, sisal, flax, hemp, abaca, ramie, and coir are some of the most common natural fibers used in geotextiles. These geotextiles are biodegradable since they are made of natural fibers. As a result, these textile goods are mostly utilized for temporary purposes. Low cost, robustness, strength, durability, availability, high drapeability, and biodegradability are all advantages of using natural fibers to construct geotextiles.

Polypropylene: Polypropylene is the most often used polymer for geotextile manufacture due to its low cost, good tensile qualities, and chemical inertness. Because of its low density, polypropylene has a cheap cost per unit of volume. Polypropylene’s drawbacks are its sensitivity to UV rays and its high temperature tolerance. It has a low resistance to creep and minerals. Polypropylene should only be utilized in the right circumstances.

Polyester: Polyester is employed as a geotextile because of its outstanding creep resistance and tenacity properties. It’s appropriate for geotextiles that must withstand high strains and harsh temperatures. The downside of polyester is that it degrades hydraulically in soils with a pH greater than 10. Polyester fabric is inexpensive and made from PET chips or polymers.

Polyamide: Polyamide is required for the production of classic geotextiles. It is made of Nylon 6 and Nylon 6:6. Polymers are chosen based on their strength, creep behavior, fabric structure, and finishing requirements. It’s made of synthetic polyamide, not natural polyamide like silk, and protein fiber is not allowed.

Polyethylene:  In the case of woven coated geotextiles, polyethylene is widely used. Its advantages include little thermal expansion and contraction, as well as extra-strong resistance to tears and punctures. It has a high heat seaming resistance and is UV resistant.

There are three types of geotextiles according to fabric constuction. They are:

Woven geotextiles are the most often used geotextiles, accounting for 70% of all instances. Woven geotextiles are fabrics with a planar structure created by interweaving a large number of threads (both warp and weft). It possesses excellent mechanical qualities. Monofilament polyester fabrics and polypropylene-based woven geotextiles straps are the two types. Reinforcement, separation, and filtering are its primary purposes.

Geotextiles are three-dimensional. Knitted, woven, and non-woven fabrics are all available. We can grasp the weaved process when it comes to industrial processes because it is used in industry. Two pairs of orthographically intertwined yarn or filament make woven cloth. The interlacement qualities of yarns determine the woven fabric pattern. In most cases, three formations are used. Filaments, staple fibers, and slit films are the three types.

Penetrating molten polymer into spinnerets produces the filaments. This is a traditional melt ejection procedure. Following that, the filaments are drawn in accordance with the molecular orientation along the filament. As a result, filaments obtain a high modulus and tensile strength. Using spinnerets and spinning, a large number of filaments may be created to improve mechanical qualities. Monofilaments are the name for this type of material.

Fibers that are used as staples

Staple fibers are little filaments extracted from spinnerets that range in size from 2 to 10 cm. They make yarn by twisting.

The industrial process of woven geotextiles is given by a flow chart.

This is a widely used method for creating nonwoven geotextiles. Filaments or films are first sliced or slitted, then twisted, spun, and fibrillated into different shapes. It goes into bobbin storage and into the warping beam after producing various formations, and then it weaves.

Woven geotextiles made from monofilaments/films are produced in the following stages:

Following that, these filaments/films become a crucial component of ‘beaming’ in the warping process. Direct beaming (also known as direct warping) is a typical technique for films and monofilaments with circular cross-sections. Multifilament yarn warps contain more ends than monofilament yarn warps and are made on assembly warpers before being placed onto a weaver’s beam.

The weaving of monofilament or multifilament geotextiles is generally done on projectile or rapier looms after warping . Due to its versatility in producing a variety of dense and heavy fabrics, as well as its flexibility in allowing a wide range of production widths or simultaneously weaving several different widths of fabrics on one machine in an economical manner, the projectile loom has become more popular than the rapier loom.

Typical applications of geotextiles are:

A geotextile can be put between two distinct soil materials to separate them.The geotextile will aid in the separation of different components in order to acquire the appropriate soil properties.

Geotextiles are used for filtering to enable water to flow in both directions in a drainage system while also preventing fine particles from flowing between soil layers. Geotextiles may be used in both vertical and horizontal applications to aid with drainage issues at home and on the road.

When a geotextile is placed in the soil for soil improvement, it is designed around aspects like:

•        Modifications in the bearing failure plane

A geotextile fabric can be impermeable by filling it with asphalt or other materials, making it capable of preventing water flow in both directions.

Geotextiles can be used to protect soil and groundwater from pollution from above.

Geotextiles can be used to absorb stress in geotechnical constructions, reducing or preventing damage and erosion.

This article captures the overall concept of geotextile types and its manfucturing process. Using geotextile to avert natural disasters is not a bad concept. Developed countries are used to preventing natural disasters by attempting to improve textile goods and materials. Climate change is speeding up, and the likelihood of a natural calamity is rising. As a result, the world wants to build long-lasting highways, bridges, and embankments. Geotextiles can aid because of their functional qualities. However, the Asian countires are behind in doing so, but they must employ this technology.The global market for geotextiles is growing day byday. As a result, it is apparent that geotextile will dominate the future textile market. It is utilized for drainage and filtration in addition to averting natural disasters. It constructs temporary roadways, resulting at a cost that is half that of the true cost. In conclusion, Geotextile is a type of technological textile that has a significant influence on the prevention of natural disasters. It also improves the strength of the soil layers’ surface.