RMG industry is one of the most labor intensive manufacturing industry. Productivity in RMG manufacturing heavily depends on the worker’s performance. RMG being the highest currency earnrer of the country employ around 4.4 million workers in this industry. Today, Bangladesh is the 2nd largest garment producing country in the world, exporting 28 billion USD in the last fiscal year. Before the pandemic, the export value was 34 billion USD. 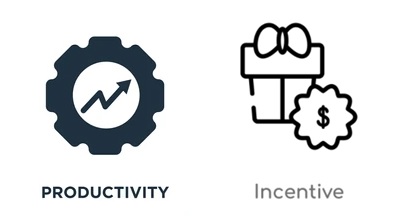 Being the number 1 private sector in the country it’s a pitty that efficiency of workers engaging in this sector are is at the top comparing to the competing countries. Garment manufacturing productivity is a major issue of concern for the further development of the RMG industry today. Some of the techniques used to improve efficiency and performance of a factory are Line balancing, Time study, 5’S, KAIZEN, KANBAN, Incentive, etc. Many training and intervention projects are evident in the industry dealing with the engineering tools like lean and OHS but very few or no study is found in the area of worker’s incentive. As the workers are the forefront of production specially in sewing, there motivation, wel-being and performance has a huge role to play. This article describes a summary of a related research work on finding  how the incentive system for the RMG workers can effect productivity in the long run.

The current efficiency levels of the majority of the garment factories workers in Bangladesh, barring exceptions, are relatively low at 45-55%, compared to the global benchmark of 75-85% according to a report of the Dhaka Tribune. Dhaka Chamber of Commerce & Industry (DCCI) revealed the following statistics, quoting the Asian Productivity Organization (APO) database 2018. Per hour labor productivity is calculated as the value of GDP produced per hour at a constant price.

A productivity adaptive incentive payment is a variable payment, made as an incentive to increase productivity or reward employees as per their contributions, according to the Ministry of Manpower Singapore; Performance based incentive programs, anything that attracts a worker and stimulates him to work,  motivate individuals to work harder to achieve higher productivity. Productivity is a measure of the efficiency and effectiveness to which organizational resources (inputs) are utilized for the creation of products or services (outputs). According to  a case study of Bangladeshi RMG industry by Islam Md. Shafiqul, following data conspicuously noted that incentive increase productivity (Table-1). Now let’s have a quick look at the data of incentive system exist in RMG industry in the present time. The following digits & comments were collected in January-February in 2019. 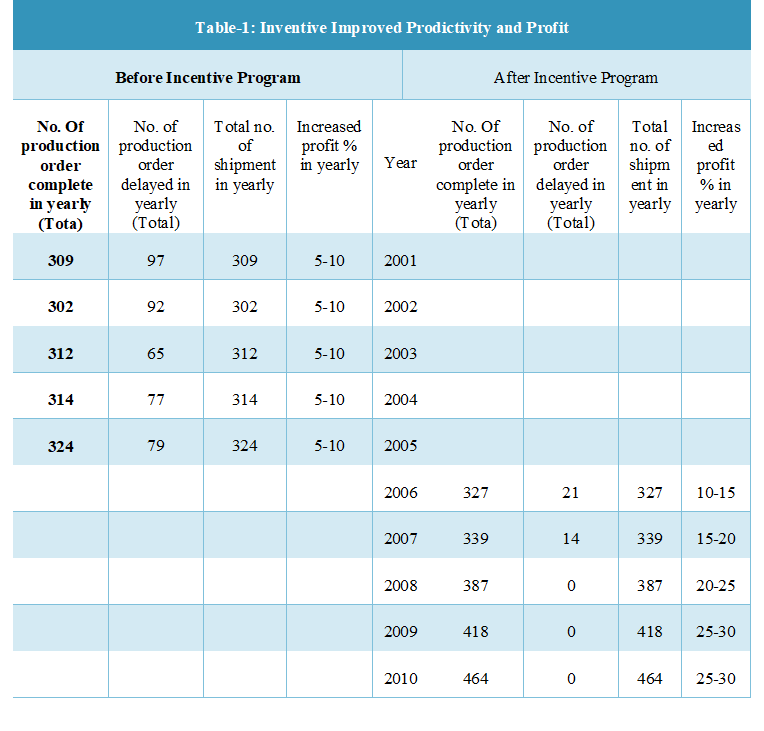 Primary data was taken from 10 factories to observe their practices in terms of worker wage and their respective effect on productivity. The results are shown in table-2. 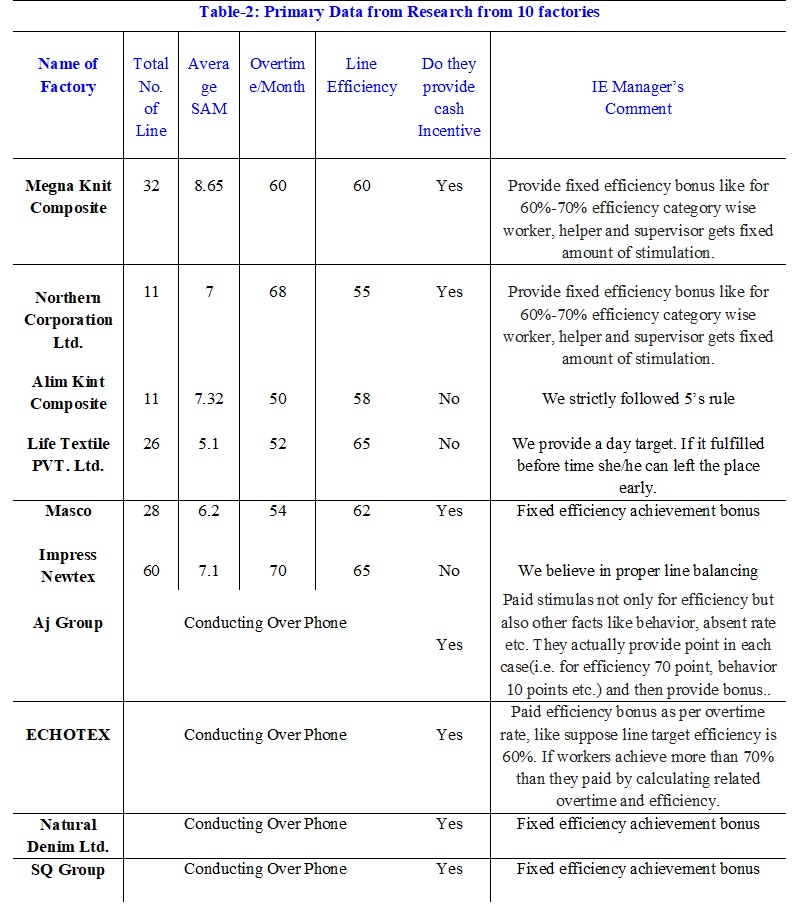 Now let’s have a look at table-3 where a conceptual calculation is depicted to show how production cost is reduced with the improvement in productivity.   It can be seen that how much cost will reduce if 5%, 10%, and 15% productivity increases.

As a manufacturing industry, RMG industries of Bangladesh are still highly contributing to its economy and popular as a profitable business. Most of the privately owned RMG industries are able to reduce their delay shipments to zero resulting in the foreign buyer‘s satisfaction by implementing incentives programs. Presently, this sector is trying to increase the quality of the product by using new technological production methods and also through skilled labors. In addition, training and assistance policies of Bangladesh government can bring success and growth to the RMG industrial sector. through motivated workers by implementing the labor incentive program.