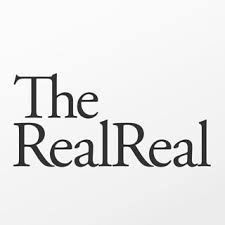 Over the past decade, The RealReal -the world’s largest online marketplace for authenticated, resale luxury goods—has persistently pursued creating a more sustainable, circular future. Today, on Earth Day, the company reached two major milestones in this work: paying out more than $2 billion in commission for the 18+ million items it has kept in circulation and achieving carbon neutrality a year ahead of its goal.

“We’ve brought more than 21 million members into our circular marketplace, educating them about the lasting value of luxury goods and driving a shift toward more conscious consumption,” said Julie Wainwright, founder and CEO of The RealReal. “We’ve helped our community earn billions of dollars in commission by monetizing the pieces they’re no longer wearing or using.”

The RealReal infuses convenience, ease and trust into selling, allowing millions of people to unlock trapped value in their closets and homes. The 18+ million items sold through The RealReal’s marketplace have generated more than $2 billion in commission payments to the company’s community of consignors. Putting their existing pieces into circulation helps reduce the overproduction of new items and, since The RealReal’s inception, has saved approximately 896 million liters of water and 18,732 metric tons of carbon through Mar. 31, 2021.*

“Given the acceleration of global warming, it’s critical that all businesses take action to reduce their carbon footprint,” continued Wainwright. “Gucci CEO Marco Bizzarri’s CEO Carbon Neutral Challenge inspired us to work with greater urgency, and we’ve now achieved carbon neutrality a full year ahead of our goal. We will continue innovating to reduce our footprint and advocating for consumers, businesses and legislators to join us in the fight to drive global change.”

The RealReal achieved carbon neutrality in 2020 through a combination of efforts to reduce and offset its footprint. The company is committed to a variety of ongoing initiatives that will further reduce its footprint, including: