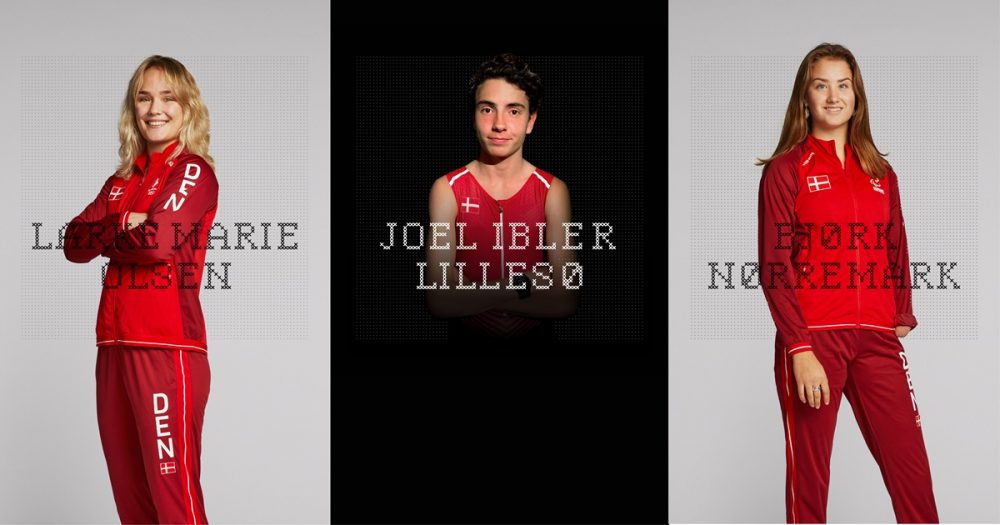 BESTSELLER has sifted through a record number of candidates to identify three strong nominees for its annual talent award.

On 8 January, BESTSELLER will name the 13th winner of BESTSELLER’s Olympic Hope at the annual Danish Sport Awards. The award, which is part of BESTSELLER’s partnership with Danmarks Idrætsforbund (the Danish Olympic Committee), is awarded to a young Danish athlete with genuine Olympic or Paralympic ambitions.

The three nominees for BESTSELLER’s Olympic Hope 2021 are:

Joel, Bjørk and Lærke have been chosen from a strong field of 18 athletes that were submitted by Denmark’s various sports associations.

The sports associations can submit one athlete each year who they believe has a particularly promising future. The award also prioritises certain values such as team spirit and a willingness to contribute to grassroots sport or their local community.

“We have never received as many submissions as we have this year and it hasn’t been easy to choose the three nominees from such a strong field. The three nominees are all talented and represent the values we are looking for with BESTSELLER’s Olympic Hope,” says Anders Gam, Brand Director in JACK & JONES and responsible for BESTSELLER’s partnership with Danmarks Idrætsforbund.

“The large number of submissions is proof of how much talent there is in Danish sport but also how significant the award is. To be named BESTSELLER’s Olympic Hope is a massive pat on the back, which acts as a huge launching pad for a young athlete’s career. The special thing about the award is that it isn’t just about the raw ability but that BESTSELLER also focuses on the whole person. This is important because an Olympic athlete is often a role model for others too.”

In the coming weeks, a selection panel will interview the three nominees to help determine the winner, while all BESTSELLER colleagues can also play their part by voting for their favourite nominee. The winner will be announced at the award show Sport 2021, which will be held in Herning, Denmark, on 8 January and broadcast live on Danish television station DR1.

The winner of BESTSELLER’s Olympic Hope will be awarded with DKK 100,000, including a clothing sponsorship of DKK 25,000. The support should provide the winner with new and specific opportunities to improve their Olympic or Paralympic aspirations.

“Talent development is an important part of the story of BESTSELLER. We have always taken pride in providing talented individuals with opportunities, so they can grow. Our company is renowned for this principle, which is the foundation for BESTSELLER’s Olympic Hope,” says Anders Gam.