On the occasion of the golden jubilee of Bangladesh’s Independence, SARSTEC Career Club-SCC arranged Banner Making Competition 2021 with the theme “50th Anniversary of Bangladesh Independence”. The competition was launched on March 7 ahead of Independence Day and ended at 11:59 PM on March 23. Current students (7th – 10th Batch) of Shahid Abdur Rab Serniabat Textile Engineering College, Barishal were eligible to take part in the 17-days long competition, except the convener committee members of SARSTEC Career Club. 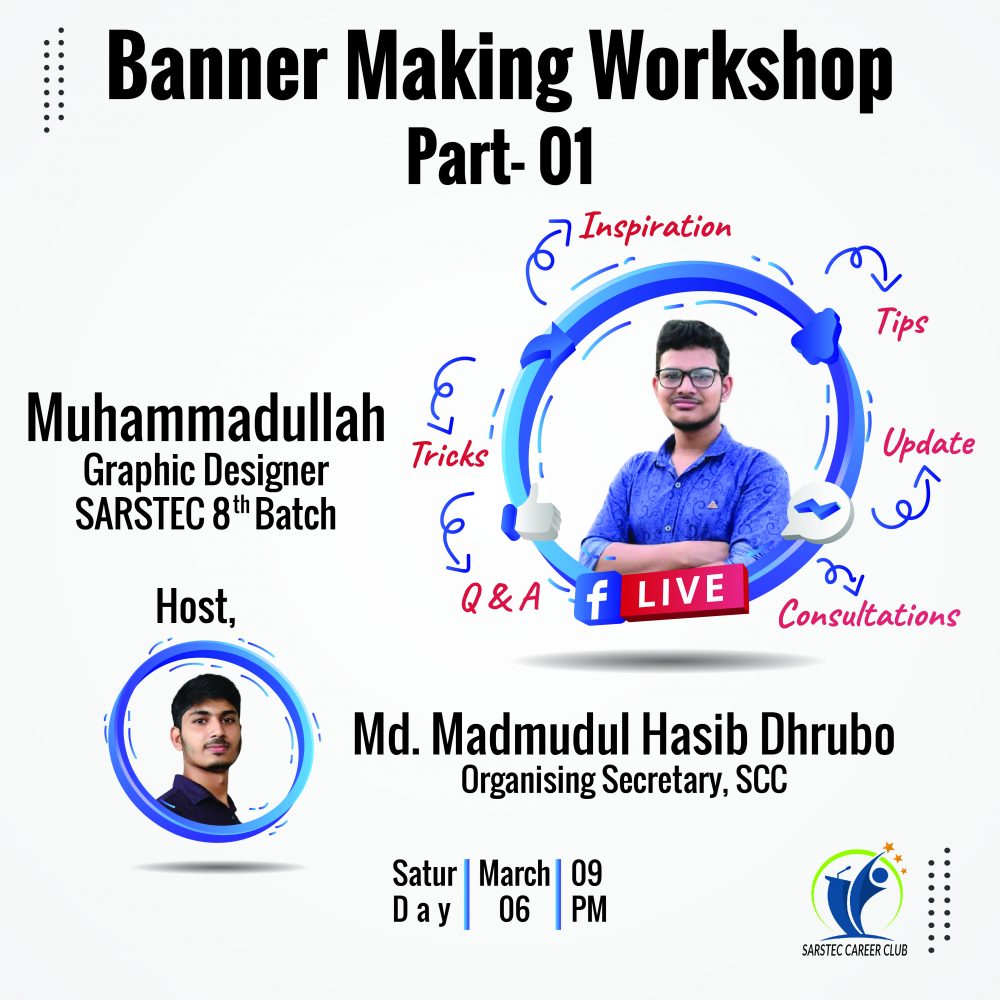 About this competition, Engr. Md. Zahid Murad Shuva, Moderator of SCC said, “SCC has been arranging several workshops and competitions for student’s skill development during covid pandemic. As part of it, Banner making workshop held followed by a competition. The response was phenomenal and some outstanding banner came up with brilliant concept and composition. I believe, such competition will engage our students in productive work and make the best use of their pastime in this pandemic.”

Another significant matter about “SCC Banner Making Competition 2021”  is one of top 5 banners of competition is going to be the cover of Textile Focus Magazine, March-April issue. Team SARSTEC Career Club is deeply thankful to team Textile Focus for their initiative.

With the supervision of Engr. Md. Zahid Murad Shuva (Moderator of SCC and Lecturer of Apparel Engineering Dept., SARSTEC), Team SARSTEC Career Club-SCC is arranging multiple skill development and career related workshops, seminars and competition regularly to improve the students of SARSTEC as well as to prepare themselves for their upcoming professional life.