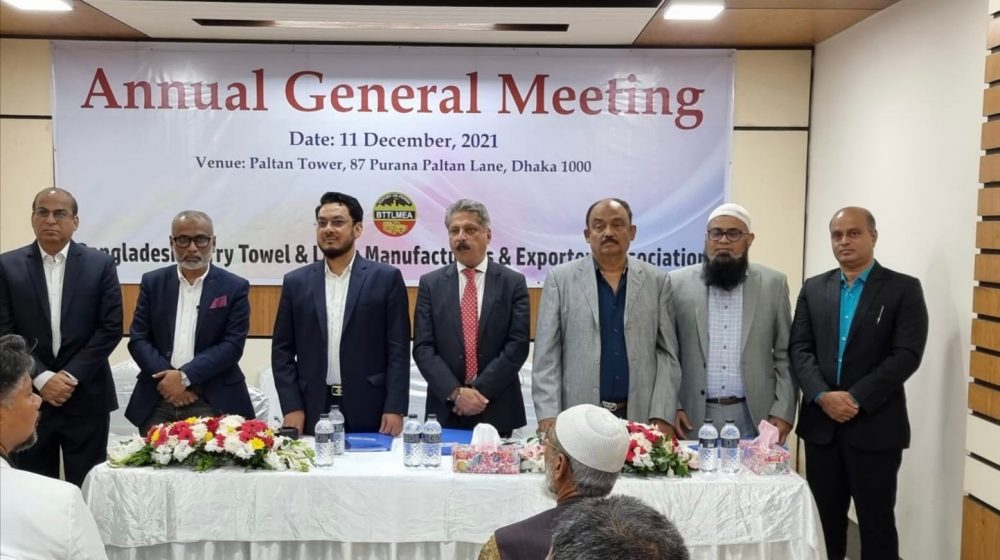 The AGM, held at the head office at Purana Paltan Lane, Dhaka, was presided over by M Shahadat Hossain, managing director of Towel Tex Ltd and chairman of BTTLMEA, reads a press release.