Desk Report: N. R. Group of Companies is one of the largest companies in South Asia with the largest knitting capacities with full-composite facilities has been in the business of Knit-Garments sector for almost four decades.

Initially catering to the domestic market, it entered into the global market in the mid-eighties. With a modest beginning and under the leadership of Mr Mukhlesur Rahman (CIP)- Managing Director, NR Group, the group succeeded in expanding through the export of quality knitwear and sweater products to the global markets, especially in Europe. 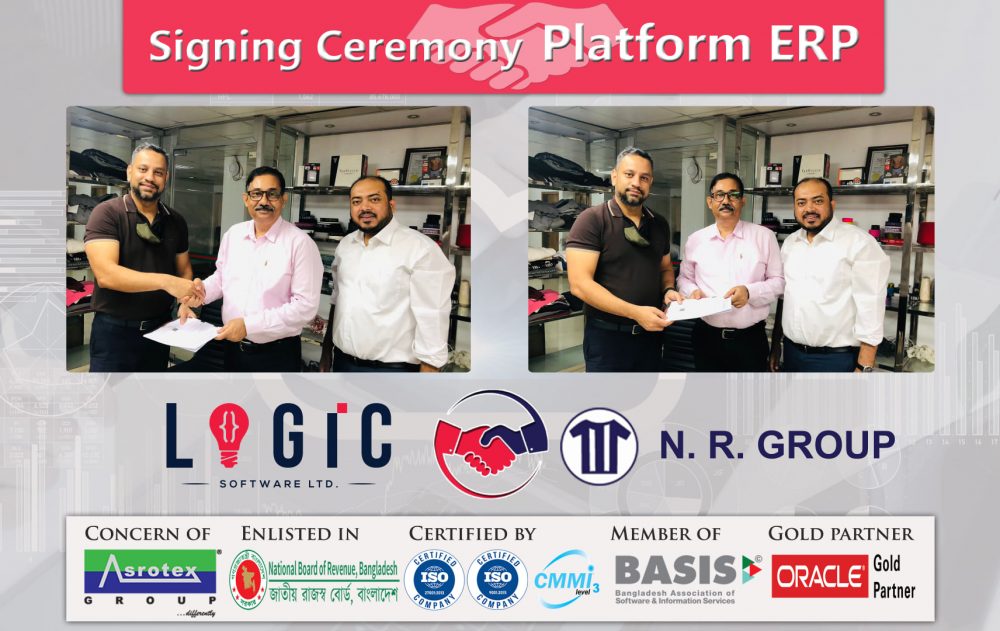 In recognition of its outstanding export performance, the group has been awarded the highest business honours and is 9 times recipient of the President’s Export Trophy and the National Export Trophy by the Government of the Peoples’ Republic of Bangladesh.

According to press release of Logic, We admire the decision of NR Group management for retaining its reliance on Logic Software Limited instead of some overseas and Domestic software companies. They found us qualified to automate their entire manufacturing process under a single integrated platform, and we would like to perpetuate their reliance on unquestionable care.
Before making your mind for ERP software, we hope industrialists of the RMG & Textile sector of Bangladesh will allow us some time to show what we have developed so far to minimize their hassle and make their business process cost-efficient.