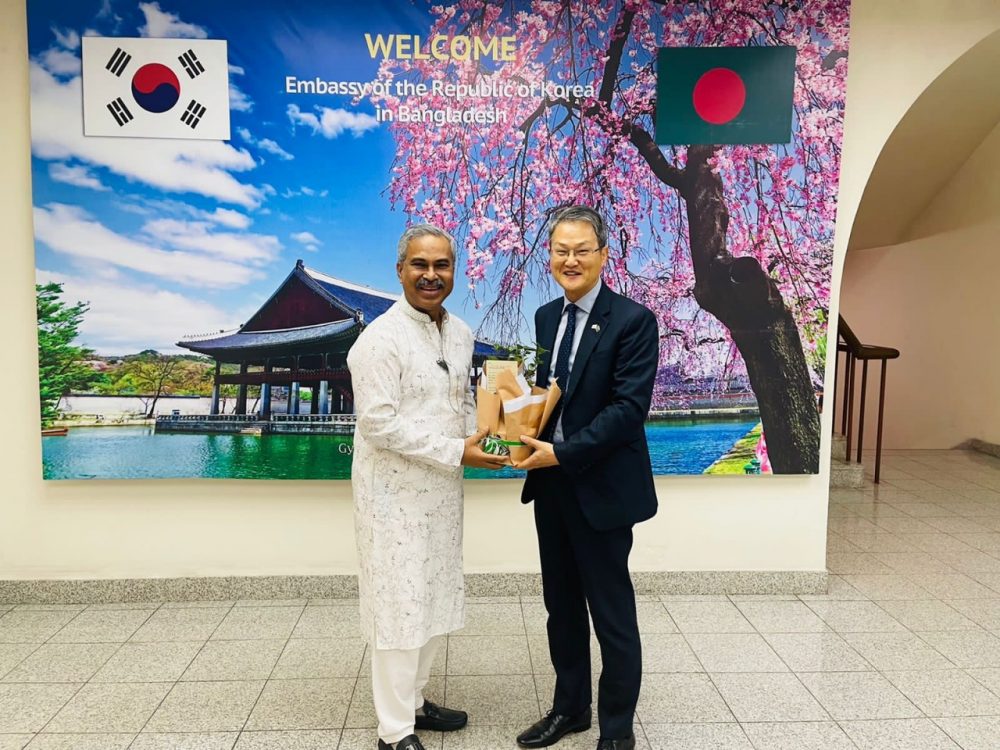 Their discussions included possible areas of expanding trade between Bangladesh and South Korea and ways to boost bilateral trade that would benefit both countries. During their conversation, Faruque Hassan recalled South Korea’s contribution to the Bangladesh’s apparel industry, especially in the early stage of its development. He expressed thanks to South Korea for allowing Bangladesh’s RMG products duty-free access to the Korean market.

BGMEA President Faruque Hassan requested Ambassador Lee Jang-keun to encourage Korean businessmen to invest in backward linkage industry of Bangladesh, especially the non-cotton textile sector. He also hoped the cooperation and collaboration between South Korea and Bangladesh would be strengthened further in the coming days. Ambassador Lee and President Faruque Hassan agreed on increasing interchanges between the Embassy and BGMEA, in particular in jointly commemorating the 50th anniversary of the establishment of diplomatic ties between the two countries next year.

High Plains of Texas is gearing up with its cotton harvest

We considered this situation as crisis and we are confident to...