Desk Report: Ambassador of Spain in Bangladesh Francisco de Asis Benites Salas on 18 October meets with DCCI President.Ambassador said Bangladesh has made a tremendous economic success in recent years, which is a role model for the rest of the world.

He also that there is huge scope to improve bilateral trade between two countries and Spanish entrepreneurs can invest in tourism, textile  infrastructure, railways, health care, automotive in Bangladesh.

The envoy made the remarks in a view exchange meeting with President of Dhaka Chamber of Commerce & Industry (DCCI) Rizwan Rahman on as the Ambassador called on DCCI chief at DCCI office, Matijheel in the capital. 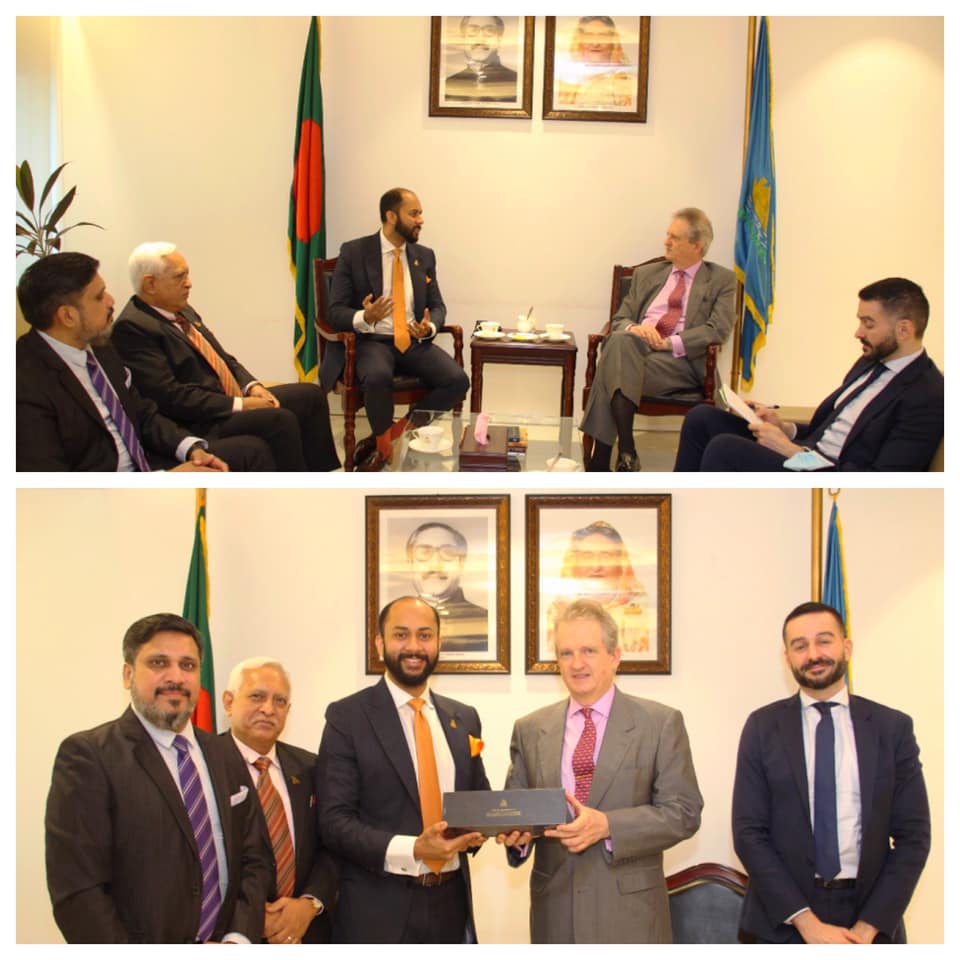 In FY2019-20 the bilateral trade between Bangladesh and Spain was USD 2.37 billion of which Bangladesh’s export and import was USD 2.19 billion and USD 177.98 million respectively said, Rizwan Rahman, President, DCCI