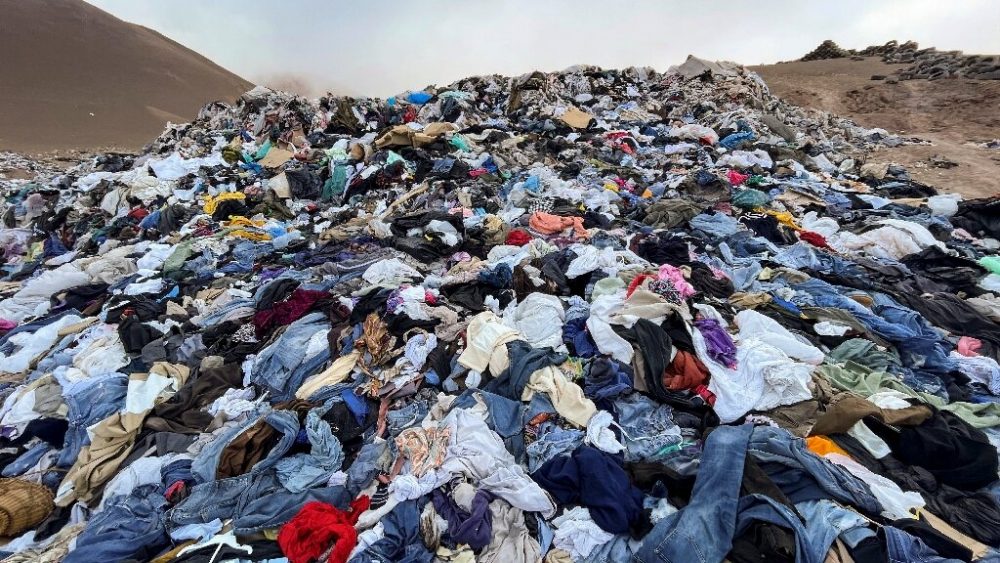 The EU will get tough on fast fashion and its ugly waste problem, officials pledged today, part of a wider package of measures to “make sustainable products the norm”.

Changing Markets Foundation campaigns director Nusa Urbancic said: “The polluter should pay is a principle we can all agree with, but one that fashion has escaped for too long. High street brands dazzle us with vast amounts of cheap clothes that aren’t designed to last for long, but they don’t pay for the mountains of waste that get dumped, including in developing countries. That is wrong and will likely now change, following today’s announcement. Europe, a major global market, is setting a bold new direction towards clothing we care more about and waste less.”

The centerpiece of the EU Strategy for Sustainable and Circular Textiles will be a fee on brands like H&M, Primark and C&A applying Europe-wide. Known as Extended Producer Responsibility (EPR), the fee aims to reduce staggering levels of textile waste. The less ecological the item, the higher the charge will be, boosting textile reuse, recycling and reducing waste. France is the only country worldwide with an active EPR scheme for textiles, but it is set very low. A concrete EU legislative proposal will be tabled in 2023.

Product standards to encourage durability, repair, reuse and recycling were also announced today, along with measures to cut the many toxic chemicals used in textile manufacture.

Changing Markets Foundation, an environmental group, welcomed the textile strategy, saying that Europe is pledging to become the first world region to meaningfully force the fashion sector to become more circular. Fashion relies on massive use of fossil fuels (NGO visuals), something singled out by EU officials today, the foundation said. A growing trend by brands of turning waste plastic bottles into clothing is not green and would be curbed, officials say, along with major microplastic pollution from the washing of clothes.

If the new rules are tough, they will drive positive change worldwide, it said. But the foundation pointed to a lack of measures to improve supply chain traceability, a problem because most textile impacts are felt outside Europe. The waste fee must be set high enough to make a difference, it said. A report it published this month showed that voluntary measures in the textile sector achieved little.

Between 2000 and 2014, clothing production doubled, with the average consumer buying 60% more clothing compared to 15 years ago, according to a Changing Markets report. Items can sell for as little as £0.05 or €0.06, based on ultra-cheap plastic fibers. Shoppers keep clothes half as long as they did in the year 2000, and throw out low-priced garments after just seven or eight wears. The average European creates 11 kilos of textile waste a year, but less than 1% of clothes are recycled into new clothes. The rest end up burned or buried at a global rate of one rubbish truck per second. Mountains of textile waste are burned or buried at an estimated rate of 1 truckload per second. European start-ups boosting fiber to fiber recycling, such as Renewcell, could grow thanks to the EU textile strategy.

A recent European Parliament debate (highlights) showed the body is ambitious, while 11 EU member states are calling for “ambitious and comprehensive” EU action on textiles.