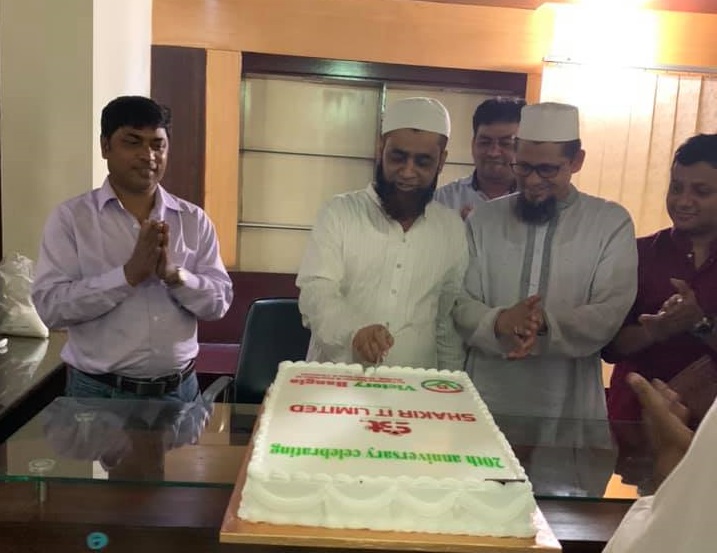 Victory Bangla one of the largest importer & distributor of washing & textile dyes and chemicals celebrated their 20th Anniversary at its office in Dhaka. Engr. Md. Shakirul Islam, CEO, Victory Bangla mentioned that he started his business in 2001 with IT business named Shakir IT Limited and formed Victory Bangla in 2005 on large scale. They are gradually increasing the business volume for washing and textile dyes & chemicals. At present Victory Bangla is representing Garmon- Kemin Group from Italy, Textil Color from Switzerland, Dymatic from China, Runhe from China, Waker from Germany, Apna Organic from India. Bangladesh Country Managers from the companies were present at the celebration and expressed their satisfaction working with Victory Bangla. Engr. Shakirul inform that they are moving forward and supporting the industry with good products and services. In the near future, they have a plan for a manufacturing plant.  He also thanked all the partners, clients and well-wishers for their support in the previous years and also wished to continue cooperation in the coming days. The celebration was closed with cake cutting, lunch and a special prayer for the success of Victory Bangla in the coming days.