Home » Events » “If we win, we will prove by working, not by face, whether we can take the garment sector forward or not.”- Faruque Hassan 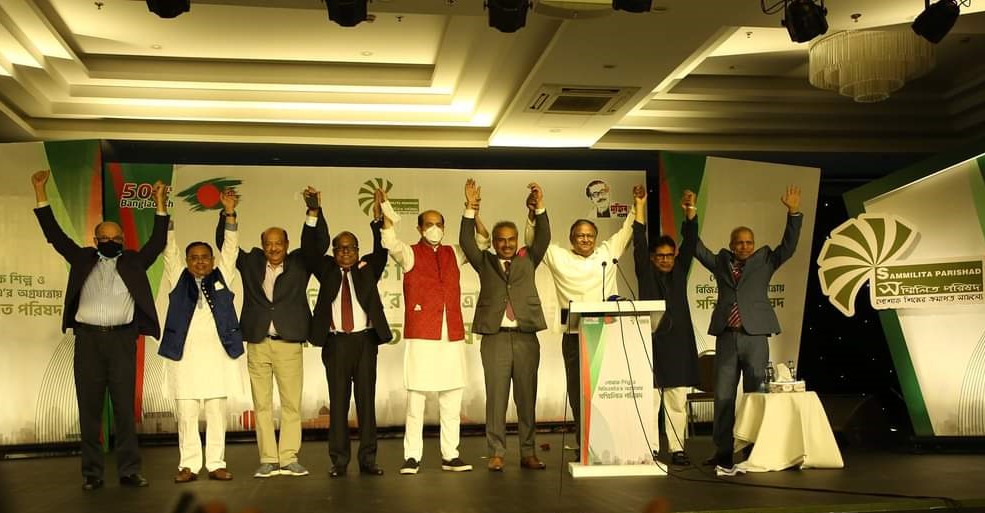 Faruque Hassan, a former senior vice-president and panel leader of the Sammilta Parishad, has promised to fully dedicate himself to the BGMEA in the next two years if he wins the upcoming bi-annual elections.

Faruque Hasan said, “I promise. If I win, I will dedicate myself for the next 2 years for the garment sector, for you and for the country. Work is already underway to prepare an election manifesto. I plan to bring success to the industry.” Expressing his conviction that branding the country’s garment industry to the world is my biggest task, the managing director of Giant Group said, “If we win, we will prove by working, not by face, whether we can take the garment sector forward or not.”

Mentioning that Faruque Hassan has contributed a lot in bringing BGMEA to its present position, Salam Murshedy said that the garment industry in Corona needs competent and prudent leaders at this critical time. With his courage and foresight, the garment sector will be able to turn around. “I think that by using his long experience, the leader of the Sammilita Parishad, Faruque Hassan, will be able to brand the garment sector in the world market with dignity.”

Gazipur City Mayor Jahangir Alam and Dhaka North City Corporation Mayor Atiqul Islam expressed support for the Sammilta Parishad election and said they want good people for the development of the industry. The leader of the Sammilta Parishad is that good man. We want him by our side. There is no alternative to Faruque Hassan in this sector.

Aslam Sunny, former vice-president of BKMEA, an organization in the knitwear sector, said “hundreds of factories had been shut down in the Covid-19 situation. Along with the initiative to start these factories, the owners have to be protected from the extra pressure of the bank against the loan. The next leadership must come forward on this issue.”

Mohammad Hatem, senior vice-president of BKMEA, said “the garment sector needs strong leadership for its own interests. In this case, we have chosen Farooq Hasan, who is an experienced and tested man. I hope he will give the next leadership in the interest of this industry.”

Mohammad Ali Khokon, president of BTMA, an association of textile mill owners, said “everyone wants to see an orderly and beautiful BGMEA; That will be able to work in coordination with everyone. Everyone believes that Faruque Hassan will be able to do that as a leader.” Jashim Uddin, president of BPGMEA, an organization in the plastic products sector, said “owners are being subjected to more harassment at different times. Those who will work for the development of the industry by highlighting this torture must be put in the lead. The leader of the joint council has a long experience in this regard.”