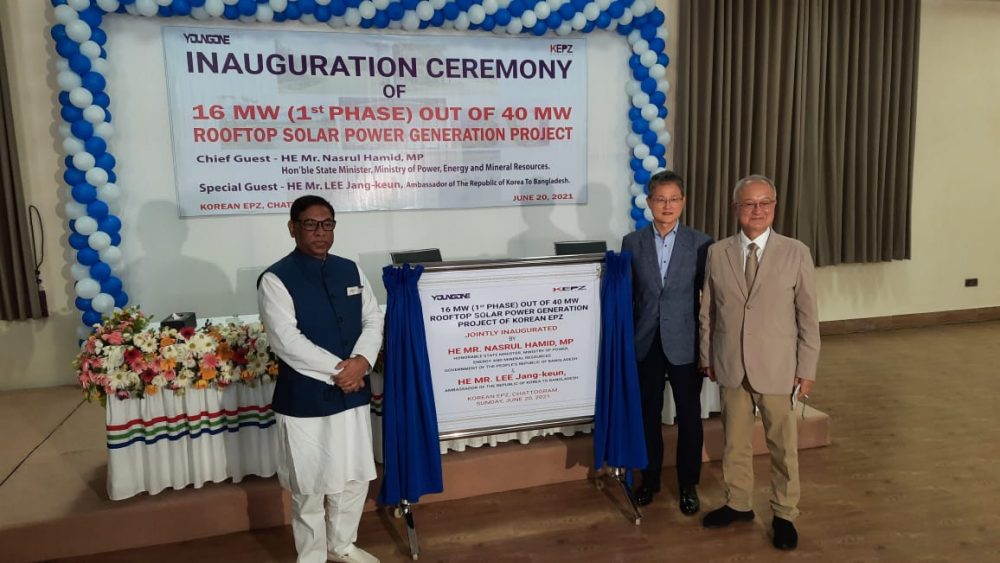 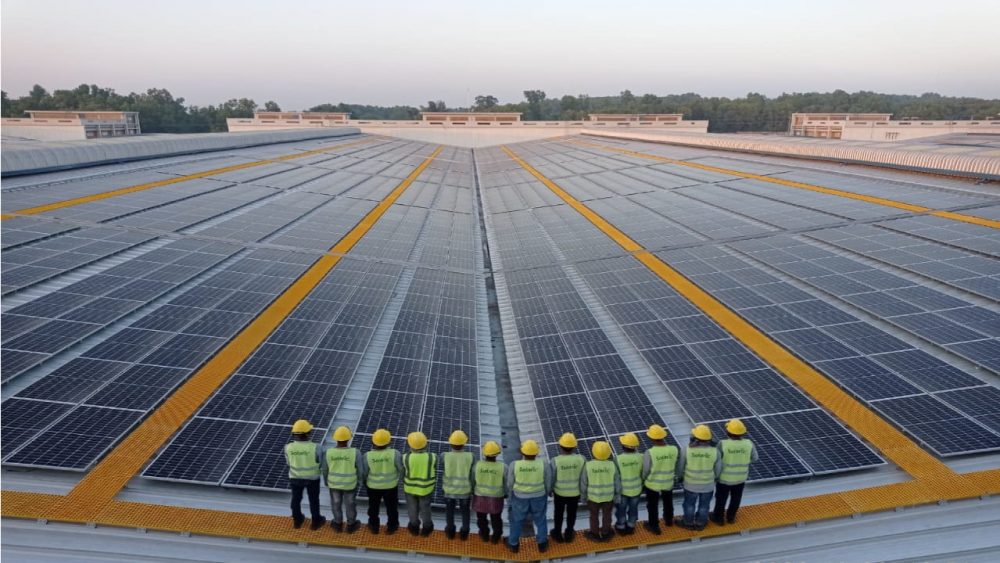 Our government is committed to increasing the share of renewable energy in the energy mix. We have set a national target of 40% renewable energy by 2041.I must thank KEPZ as well as Youngone on the implementation of such a timely initiative to promote green energy”said,Mr. Nasrul Hamid, MP Honorable State Minister for Power, Energy & Mineral Resources.

KEPZ is not only at the heart of my work but also at the heart of Korea-Bangladesh relations as it is the single largest Korea’s, Korean company’s investment in Bangladesh, said HE Mr. LEE Jang-keun, Ambassador of The Republic of Korea to Bangladesh.

He also said,KEPZ is unique as it sets an example of how industrial zones could be formed and operated in an environmentally sustainable manner.The 40MW rooftop solar panel project shows the very vision and innovation of the KEPZ.

We can expect electric power consumption per capita in Bangladesh to increase significantly as demand is expected to increase in line with GDP growth and the government’s master plan to generate 40,000 MW by 2030 and 60,000 MW by 2041.We are happy to note that Bangladesh has continuously added power capacity at an impressive growth rate in the last five years said,Mr.Kihak Sung, Chairman & CEO of Youngone Corp & KEPZ

In order to promote, develop and manage the Export Processing Zone, Youngone Corp formed a company in the name of ‘Korean EPZ (KEPZ) Corporation (BD) Ltd’. Government of Bangladesh acquired and handed over the possession of the land to KEPZ. The Zone (KEPZ) was then jointly inaugurated by the Hon’ble Prime Minister of Bangladesh HE Sheikh Hasina and the former Prime Minister of Korea HE Mr. Han, Duk-Soo

Youngone Corporation is a leading global manufacturer of outdoor/athletic clothing, textile, footwear and gear. We have business operations and manufacturing units in 14 different countries of the world with a workforce of about 85,000.

KEPZ factories will mainly produce man-made fiber (MMF) products. When fully completed, it would be one of the largest textile hub in Bangladesh for export and supply of high quality fabrics to the local garment and apparel exporters as an import substitute and backward linkage