Desk Report: The Bangladesh Garment Manufacturers and Exporters Association (BGMEA)  has celebrated the Martyrs’ Day and International Mother Language Day with due respect in memory of Language Movement martyrs. 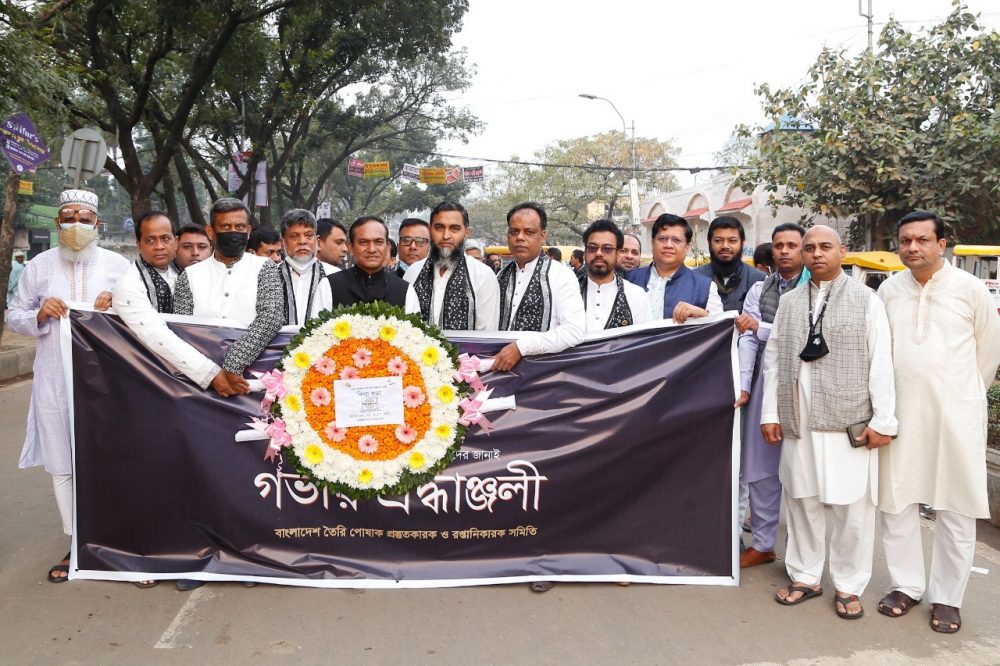 Today under the strong leadership the honorable Prime Minister ,the country has joined the ranks of developing countries embracing the sprit of Ekushey and the war of liberation said, SM Mannan Kochi. As the divining force of the economy the garments industry continues to make a strong contribution to building a modern and prosperous Bangladesh added SM Mannan Kochi

International Mother Language Day is an observance held annually on 21 February worldwide to promote awareness of linguistic and cultural diversity and multilingualism. It was first announced by UNESCO on 17 November 1999. Its observance was also formally recognized by the United Nations General Assembly in its resolution establishing 2008 as the International Year of Languages.