Desk Report: Epyllion Group lifted the BGMEA Cup 2021 trophy beating rivals Bando Design Ltd 3-1 in tie-breaker on Friday. The final at the Army Stadium which hosted around eight thousand football loving fans witnessed and was Live on T-Sports, saw Epyllion and Bando finish the regulation time 1-1. Bando by Laila Group, three-time champions, took the field with a unique record under their belt – they have reached final in all six editions of the tournament. However, One-time winner Epyllion having former national players kept their cool and exhibited their nerve under pressure. Veteran goalie Raju made three crucial saves to drive his team to victory. 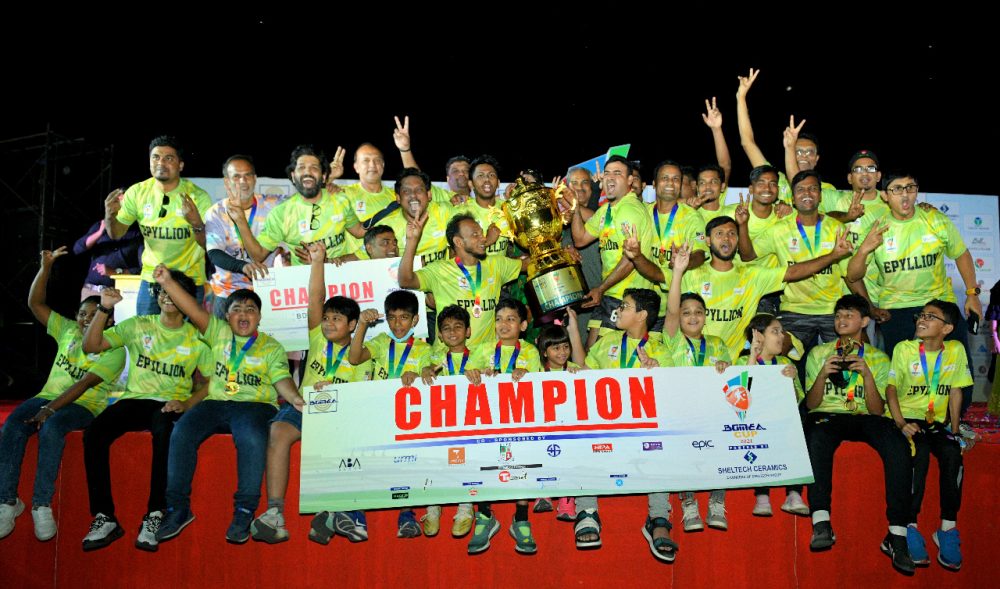