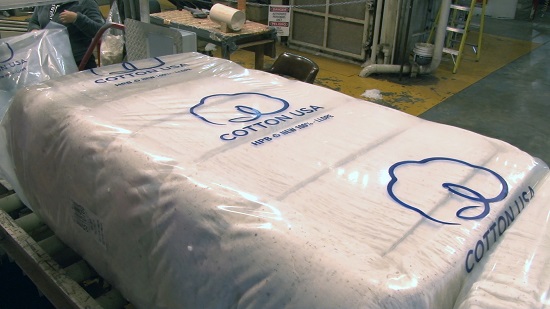 Despite a decrease in production of 5 Mb compared with the preceding year, US cotton shipments have  posted stronger US export forecasts of 15.25 million bales (Mb). China accounted for nearly half of US exports in the first five months, according to the latest USDA report, with its overall import estimate at 10.5 MB Bales, the maximum for seven years.

In addition, Chinese demand is estimated to rebound by 5.5Mb and hit 38.5Mb in the past year, which account for more than one-third of global usage in 2020-21. China’s demand for US cotton has largely been driven by the SOEs, which accounted for more than 3/4 the overall import of US cotton by 2020/21.

Despite US prices being higher compared to Brazil and India (second and-third-largest exporters forecast in 2020-21), US sales and shipments to China through December exceeded previous year by more than 2.3Mb. Australia, another significant supplier to China, witnessed exportable supplies decimated by a 2020 drought. Like the US, Australia is a significant supplier of high-quality cotton to the world’s largest importer.

US exports are boosted this month and forecast to be mostly unchanged from the previous year due to a historic pace for shipments and resilient China demand, despite fewer shipments and sales to Vietnam and Bangladesh.