Desk Report: World Water Day is being observed today, (March 22), in the country as elsewhere in the globe. This year’s World Water Day theme is — ‘Groundwater-making the invisible visible’. This day focusing attention on the importance of freshwater and advocating for the sustainable management of freshwater resources. An international day to celebrate freshwater was recommended at the 1992 United Nations Conference on Environment and Development (UNCED) in Rio de Janeiro. The United Nations General Assembly responded by designating 22 March 1993 as the first World Water Day. 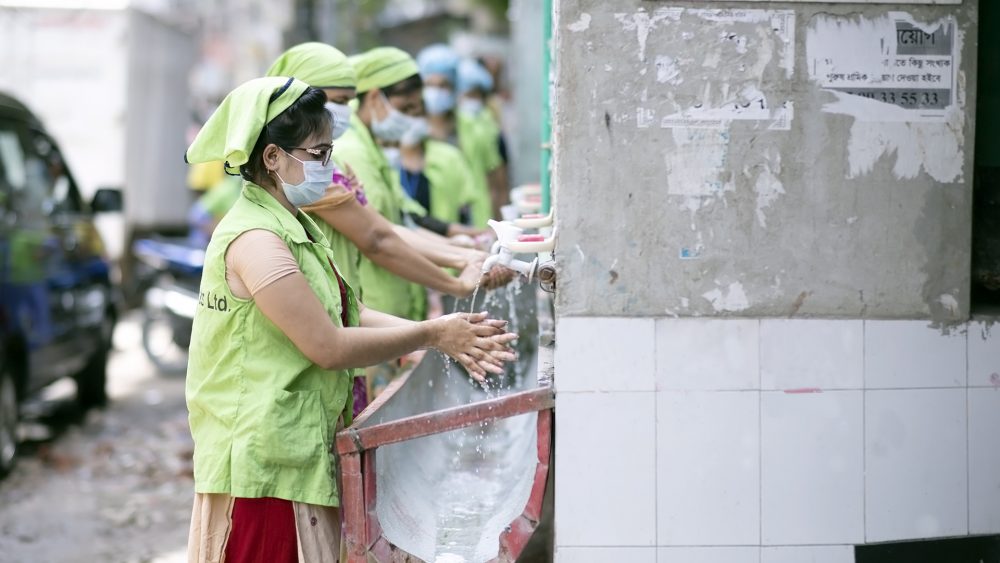 In Sustainable Development Goals (SDGs) 6, the United Nations aims to ensure clean water and sanitation for all by 2030. Water quality is to be improved by, among other things, ending pollution from hazardous chemicals. According to data, globally, more than 2.2 billion people lack continuous access to safe drinking water and 4.2 billion people lack access to clean toilets. Bangladesh, the biggest delta in the world and historically a riverine country, is yet facing problems with a lack of usable water. About 18 million residents of Dhaka.

Industrial pollution accounts for 60% of the water pollution in Dhaka. Most of the garment and textile factories of Bangladesh are situated in Dhaka and on its outskirts. It’s evident that the textile and apparel factories are a part of the pollution problem. A textile mill uses an average of 100,000 cubic meters of water per month. About 150 liters of water are required to process 1 kg of cotton and cotton blend fabric. In Bangladesh, many textile and apparel makers have installed Effluent Treatment Plant or ETP–one type of wastewater treatment method which is particularly designed to purify industrial wastewater for its reuse and recycle.

According to industry insider, harvesting of rainwater could be a sustainable approach for the country’s apparel industry, The country’ readymade garment (RMG) factories and textile industries are leading the way in implementing green policies by introducing rainwater harvesting systems. Bangladesh is blessed with proper rainfall. In Dhaka, average annual rainfall is +2000 mm and annually 50-60%of total rainwater could be used for various purposes. it is possible to collect about 15 million liters of water from a roof of 9000 square feet. The initial investment here is $6.8 million, which will be paid back in 9-10 years.